Golf's governing body says no to players taking a shortcut at the ninth. 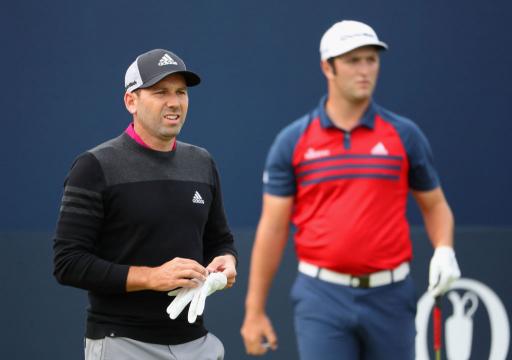 The R&A has issued a local rule that deems the 10th fairway at Royal Birkdale this week as an internal out of bounds from the ninth tee.

During practice rounds on the eve of this week's 146th Open Championship, a number of players had been looking at the potential to play their tee shot off the ninth tee down the adjacent 10th fairway.

The reason? It gave players no more than a wedge shot into the green, as opposed to a 7 or 8-iron from the ninth fairway.

“When playing the ninth hole only, a ball on or beyond the 10th fairway (defined by the edge of the closely-mown area) is out of bounds,” read a notice issued to players by R&A chief referee David Rickman.

There will be no white out-of-bounds stakes or lines down the 10th hole to indicate the boundary, and officials said the decision was based on safety concerns of players hitting tee shots over the bleachers surrounding the 10th green.

Internal out of bounds are nothing new at The Open.

The 18th and third holes at Royal Liverpool, which last hosted The Open in 2014, are bordered by the practice range, which is deemed out of bounds.

Golf Betting Tips: Jordan Spieth to do the double at Charles Schwab?
Peter Millar have an AMAZING selection of golf shorts!
Open Championship
Royal Birkdale
R&A
bans shortcut at ninth hole
Previous
Page 2: How best to develop junior golfers
Next
Thomas Pieters: It's a matter of time before I win a major