The race to reach one of the top eight European places in both the Net and Stableford WR4GD continues. 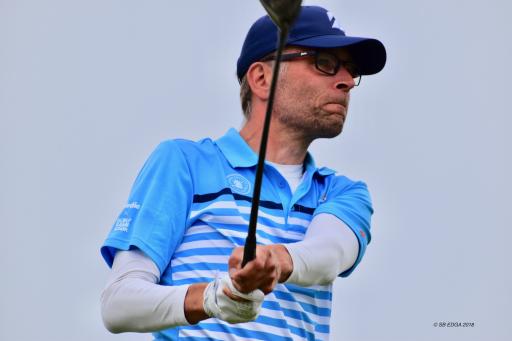 With just two more ranking weeks before the qualifiers for the RSM European Playoff Series are announced, the race to reach one of the top eight European places in both the Net and Stableford WR4GD continues.

In July, EDGA (European Disabled Golf Association) announced the launch of the RSM European Playoff Series, to champion golfers with a disability in both Net and Stableford competition, supported by leading audit, tax and consulting firm RSM.

The EDGA team is delighted that 16 qualifying European players (eight in each division of Net and Stableford) will be welcomed for the RSM European Playoff series at Stratford-on-Avon Golf Club in England from October 4 to 7.

Qualifying is open to golfers from Europe and golf’s scoring handicap system will allow for intense competition to create new Net and Stableford champions.

RSM announced its sponsorship agreement to support EDGA (formerly the European Disabled Golf Association) in 2019, extending RSM’s ambitious partnership strategy within golf and reinforcing its aim to support growth in the grassroots of the sport.

This exciting new landmark tournament, which will find Playoff champions in the Net and Stableford categories, will offer a great incentive for players in the years to come.

"We are very appreciative that the team at RSM understands the value of our work to grow the game at the grassroots level for golfers with a disability," says the EDGA.

"Helping to make more people aware of this opportunity can be huge for golf and also for the many people it can help through the game’s health, social and competitive benefits."

In October, on the first day at Stratford-on-Avon GC, eight players in each of the Stableford and Net divisions will play an 18 hole quarter-final.

This will be held on October 7, as part of a wider annual RSM Golf Day, and the six players from each group not contesting the final will also take part.

Qualifiers will be from the top eight available European Players from the WR4GD - Week 2021/34.

Tony Lloyd (right) of England is ranked 3 in the Net copy.jpg

The qualifiers will be notified by September 2, with players given until Sunday September 5 to accept or otherwise the invitation to participate, after which the next player on the list will be invited.

In the event of a tie for a position, the player with the highest number of total points will be invited first.

PGA tour
Tiger Woods
Rory McIlroy
patrick reed
nike golf
Previous
Rory McIlroy on MC: "I cried at the end of my bed in the hotel room"
Next
Phil Mickelson NOT CONFIDENT he will get a US Ryder Cup pick