Rachel Uchitel on Tiger Woods: "Here he was in my bed... and he was my Tiger" 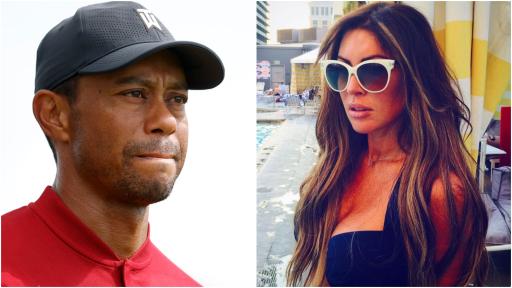 A video trailer has been released ahead of this month's new HBO Max two-part documentary series about Tiger Woods' life both on and off the course.

One part of the trailer involves Rachel Uchitel, the woman at the centre of Woods' infamous 2009 sex scandal, saying: "Here he was in my bed... and he was my Tiger." Watch the video trailer below:

The new two-part docu-series will air on Foxtel and premieres on January 10 and January 17.

HBO claims that "Rachel Uchitel, the woman at the centre of the sex scandal that forever altered Tiger's world, will be breaking her silence for the first time."

Uchitel, who according to The Sun website "destroyed" Woods' marriage to Elin Nordegren back in 2010, recently addressed some details about the time she spent with Woods during an interview with Heather McDonald on her 'Juicy Scoop' podcast.

"I first met Tiger Woods - I was dating Derek Jeter - and Tiger was sleeping over at Derek's house," Uchitel told McDonald on how she first met Woods.

HOW TO WATCH TIGER DOCUMENTARY SERIES ON HBO

"He was just a buddy... and we just became friendly. So that's how I originally met him in Manhattan.

"I met him a couple of times in the nightclubs through other people and he would come in or whatever."

RELATED: HOW MUCH IS TIGER WOODS REALLY WORTH IN 2021?

In November 2009, The National Enquirer revealed that Rachel had an affair with Tiger at the Australian Masters. After the story broke, other women came forward to say that they had also had affairs with him.

Woods has since made a consistent effort to reclaim some of his public standing, most recently playing a recent tournament with his son Charlie, which was attended by Nordegren and his now partner, Erica Herman.