Rory McIlroy blew his perfect start during the first round of the BMW PGA Champiosnhip. 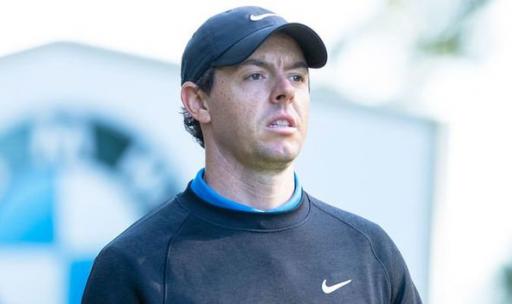 On Wednesday, Rory McIlroy sat down in front of the media at Wentworth ahead of the BMW PGA Championship and admitted he had to "drag myself off the sofa" to practice for the event. A day later and the fatigue was clear for all to see, with McIlroy getting off to a very poor start in the first round of the European Tour's flagship event.

Things actually started very well for McIlroy in the early stages of Thursday's round, making a par at the first three holes before draining an eagle putt at the par-5 5th and a birdie at the next, to eventually be three under through the first seven holes.

The Northern Irishman then made back-to-back bogeys on 8 and 9 and made it three in a row with another dropped shot at 10. It looked as though the comeback was on as McIlroy got himself back in the red with a birdie at 12, but what followed was far from the McIlroy we have seen of late.

The driver had been cold all day, with McIlroy repeatedly finding himself in trouble and bogeys at 13 and 15 were followed up with a double bogey on the par-5 17th.

Not the best of starts for Rory #BMWPGA

McIlroy needed to be aggressive on the 18th, another par 5 that a player with his length is more than capable of making an eagle, as Henrik Stenson did just one group ahead of him, but it wasn't to be and although he received a fantastic reception from the grand stand, McIlroy walked away with another bogey, to finish with a four-over score of 76.

Could the shocker of a first day be the result of a lack of rest for McIlroy? He's certainly played a lot of golf as of late and made it very clear he was looking forward to some time away from the course, but with this week's event being the first tournament with qualification points up for grabs for the 2020 Ryder Cup, McIlroy would have wanted to make a mark at Wentworth this week.

McIlroy is currently 11 shots off of the lead, with Matt Wallace shooting an impressive seven-under 65 to kick off his qualifying campaign, as the Englishman looks to make the 2020 European Ryder Cup team for the first time in his career.

Wallace, who currently sits 4th in the Race to Dubai rankings, made it clear his plans to be around the top in the years to come.

"It's not just about this week," said Wallace. "It's about the bigger picture in the future. I just want to play better and I want to keep getting better and put myself in positions to win tournaments. It's a good start. We've got a long way to go, though."