Rory McIlroy has confirmed he will be playing in this year's BMW PGA Championship at Wentworth. 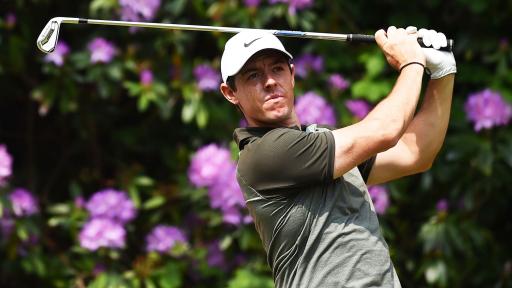 The 2019 BMW PGA Championship takes place at Wentworth Golf Club from 19 - 22 September. Last year, Rory McIlroy came close to winning the event, but was beaten by Francesco Molinari, who finished the tournament 17 under par, beating McIlroy by two shots.

McIlroy has now confirmed that he will once again take part in the BMW PGA Championship, which is the first tournament where qualification points are up for grabs to make Padraig Harrington's 2020 European Ryder Cup team for Whistling Straights.

After a disappointing performace at the Open at Royal Portrush, McIlroy will be hoping to make a strong start to the year, as he looks to make his sixth consecutive Ryder Cup appearance and Wentworth could be the perfect place for the Northern Irishman to do just that, having won there in 2014 and putting in a brilliant performance last year.

“The BMW PGA Championship is always a great event and I’m looking forward to playing in it again, particularly in its new September date,” said McIlroy.

“The West Course should be in superb condition and the change in date should also mean an even stronger field.

“I’ve won at Wentworth before and finished second behind Frankie last year, so hopefully I can do well again and also get off to a good start in the Ryder Cup qualification."

This will be the 10th time that McIlroy competes in the tournament and he will be joined by fellow Ryder Cup team mates, Francesco Molinari, Tommy Fleetwood and Justin Rose, with plenty more big names to be announced over the coming weeks.

Fleetwood, who will also have his eyes on raking in the Ryder Cup points, is very excited about teeing it up at Wentworth once again.

“It’s always a great week playing in front of the British fans at Wentworth,” said Fleetwood. “The BMW PGA Championship is one of our most prestigious events and with the date change this year, I think the course will be in even better condition and we should have one of the strongest fields we’ve had in recent memory.

“It’s already a massive week being part of the Rolex Series and now it is the first event in the 2020 Ryder Cup qualification campaign, that adds another dimension. Having been part of the team last year, I would love to get off a good start and obviously winning a huge event in England would be the perfect way to do that.”