Rory McIlroy will play in the CJ Cup and the ZOZO Championship in October. 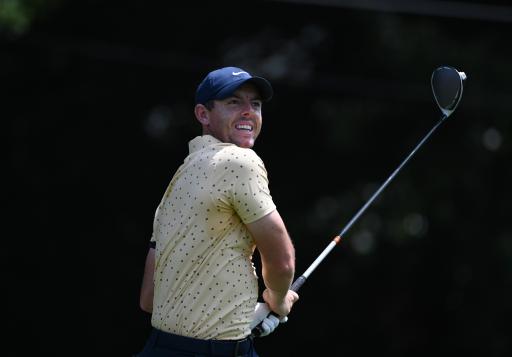 Rory McIlroy has revealed his pre-Masters schedule and will be competing in the CJ Cup for the very first time before playing in the ZOZO Championship where Tiger Woods will be defending his title.

Due to travel restrictions surrounding the coronavirus pandemic, the CJ Cup was moved from South Korea to Shadow Creek in Las Vegas from October 15-18.

McIlroy will be a part of a star-studded field that includes FedExCup champion Dustin Johnson, US Open champion Bryson DeChambeau, World No.2 Jon Rahm and defending champion Justin Thomas.

"I'm looking forward to playing in The CJ Cup at Shadow Creek in October," McIlroy said. "I've watched how the tournament has become a success over the past few years and it'll be exciting to have the opportunity to compete in it for the first time.

"I had a great time at the inaugural Zozo Championship and will be hoping to build on last year's success when we play at Sherwood. I'll miss playing in Japan this year but hopefully, we'll get to return soon."

Johnson and Rahm have both committed to the ZOZO Championship the following week at Sherwood Country Club in California,

Tommy Fleetwood, Justin Rose, Rickie Fowler and Jordan Spieth will be playing in both events, whilst Johnson, Rahm and Phil Mickelson have also committed to the ZOZO Championship.

"I was excited to hear that the CJ Cup will be played at Shadow Creek, where I have played some good golf in the past with family and friends," Johnson said.

"It's a really good golf course and should be a great venue for the tournament. As a proud member at Sherwood Country Club, I am thrilled the club will be hosting the Zozo Championship.

"I have played countless rounds there and love the golf course, so I'm really looking forward to the tournament."

NEXT PAGE: Premier Golf League still on the cards with ambitious F1-style plans