Brandel Chamblee has hit out at Rory McIlroy after he blew his chances of winning the Open. 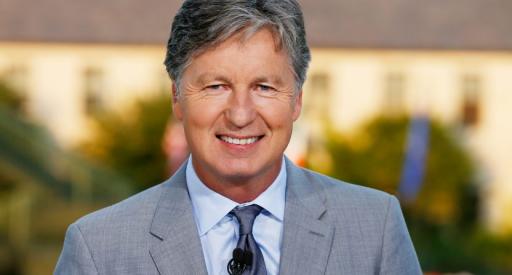 Brandel Chamblee has ripped into Rory McIlory after his awful first round at the Open. McIlroy started his first day at Royal Portrush with an 8 on the par-4 1st and failed to recover, finishing with an eight-over-score of 79.

Brandel Chamblee isn't one for shying away from controversy. Just a few months ago, Chamblee said that Rory McIlroy and Dustin Johnson were the only golfers in the world who could challenge the legacy and ability of Tiger Woods, which rumbled the Brooks Koepka camp.

Koepka responded by retweeting an image on Twitter of Chamblee with a clown nose, showing that he'd clearly seen the comments from the Golf Channel analyst.

After Koepka's successful defence of the PGA Championship, Chamblee was quick to eat his words and praised Koepka as one of the best ever.

McIlroy was the 8/1 favourite to win the 2019 Open, due to being born-and-bred in Northern Ireland and having the course record at Royal Portrush.

But it wasn't to be for the four-time major, who hasn't won a major since 2014. McIlroy couldn't have started any worse, shooting a quadruple-bogey 8 on the par-4 1st and finishing with a triple-bogey at 18.

The shocker of a first round left McIlroy eight over par, meaning he will need an incredible second round if he is to make the cut for the weekend.

Speaking with Frank Nobilo on Golf Channel's "Live From," Chamblee didn't hold back when they turned the discussion to McIlroy's first round.

“Has a sporting event ever had the wind knocked out of it quicker than this one today?” Chamblee asked. “This is nothing new what we saw today out of Rory McIlroy. He has had – historically – a bad run of first rounds. When someone plays poor golf in the beginning of a tournament and then great golf the rest of the way then it’s not something physical. It’s not something technical. That they’re not putting themselves in the right frame of mind to either begin a golf tournament or end a golf tournament.

“On paper coming in here, demonstrably, Rory McIlroy was the best player,” Chamblee continued. “I know what the world rankings say. But when someone consistently performs under expectations, the word is choking. We shy away from it. But now it’s five years [removed from winning a major]. And there was a reason why people shied away from picking him this week. And it was because everybody felt like the moment was going to be too big for him. You don’t like to be correct in these presumptions, but it played out exactly that way.”