Rory McIlroy believes that distance control will be the deciding factor at this week's WGC-Mexico Championship. 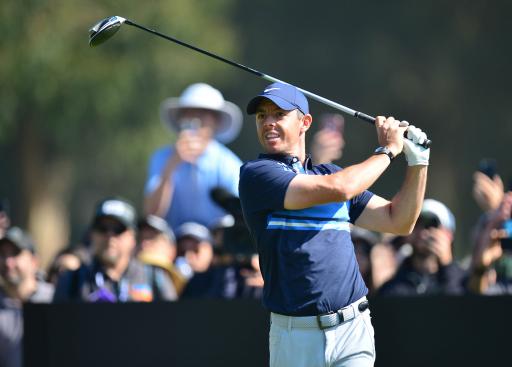 Don't be surprised to see some of the longest drives you've ever seen at this week's WGC-Mexico Championship at Club de Golf Chapultepec. Mexico City has an altitude of around 7400 feet, one of the highest altitudes that the players have to take on all year, which causes the ball to travel a lot further than usual.

Rory McIlroy, one of the biggest hitters in the game, knows exactly how to alter his game to adjust to the Mexican conditions. At last year's WGC-Mexico Championship, McIlroy came close to holing his tee shot on a 305 yard par 4, which he took on with an iron. Watch the epic shot below.

The Northern Irishman can become just the second player to win all four WGC events, with Dustin Johnson currently the only player to have done so.

Speaking to the media ahead of this week's tournament, McIlroy was asked what the most challenging factor is at Club de Golf Chapultepec.

"And yeah, I think distance control, by the weekend here, because the air is so dry, the greens can get a little firm by the end of the week, so making sure you know how far the ball is running out. You've got to pitch it at the front of greens to get them up to the back. But yeah, distance control is a big key around here."

McIlroy is one of the tournament favourites this week, but Dustin Johnson will be tough to beat, having won the tournament three times in the last five years.

Bryson DeChambeau will be licking his lips this week at the chance of some on-course mathematics, with the 'Mad Scientist' known for his love of physics.