The world's best golfers will be hitting it INSANE distances at altitude this week. Here's proof... 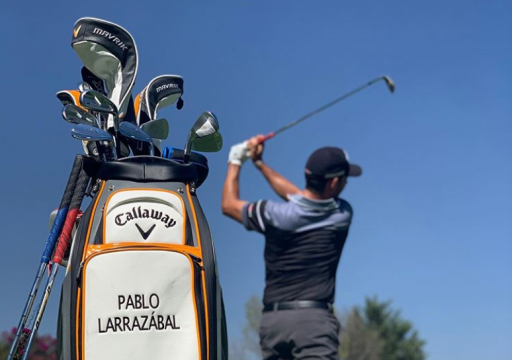 With all due respect to Pablo Larrazabal, he is not the biggest hitter in the world. So when you look at how crazy his carry distances are at altitude in Mexico this week, you can only imagine how far Rory McIlroy, Dustin Johnson and Bryson DeChambeau will be bombing it around Chapultepec Golf Club.

Larrazabal, who won the Alfred Dunhill Championship in December, currently averages 303 yards total distance (so well under 300 yards when it comes to carry distance) on the European Tour and that ranks him in a lowly 128th in the standings.

Ahead of the WGC-Mexico Championship - where the course is elevated 7,600 feet above sea level - and the thin air is seeing Larrazabal averaging 322 yards of CARRY DISTANCE with his driver. Yes, carry distance, not total distance.

Check out Larrazabal's carry numbers with each club in his bag this week. The Spaniard plays to metres, so we have converted these numbers to yards (below this post) so the majority of you can relate a little better...

All of this is nothing on DeChambeau, mind.

"When I swung it at 187 mph ball speed, it went 397 yards," said DeChambeau, who has spent much of his off season in the gym in a bid to increase his driving distance.

"It's completely unrealistic to normal golf, but it's fun to do. It makes me happy."