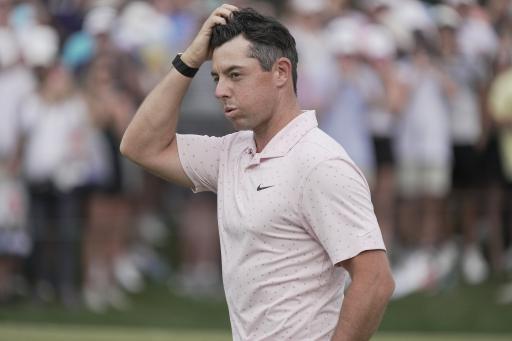 Rory McIlroy pulled out of the Wednesday Pro-Am at The Memorial and also cancelled his press conference citing "personal reasons" for the decision.

The former World No.1's withdrawal from the press conference comes just 48 hours after tennis ace Naomi Osaka pulled out of the French Open as a result of needing some time out from the sport to deal with mental health issues.

Rory McIlroy withdrew from Wednesday's pro-am at the Memorial and also cancelled his press conference. According to Tour official he cited personal reasons for the WD.

Osacka had initially been fined by tennis' governing body for not attending her pre-tournament press conference, while tournament organisers also threatened to disqualify her from the event.

McIlroy, will however, still tee it up in the tournament and he is expected to be switching up the shaft in his TaylorMade SIM2 driver.

The Northern Irishman, who returned to the winner's circle for the first time in more than 18 months in his penultimate start at the Wells Fargo Championship, will likely return to his Mitsubishi Kuro Kage XTS driver shaft - the same 70 X model that he used during the 2019-20 PGA Tour season.

RORY MCILROY: WITB AT THE MEMORIAL

NEXT PAGE: MICKELSON SEPARATES FIGHT BETWEEN KOEPKA AND DECHAMBEAU