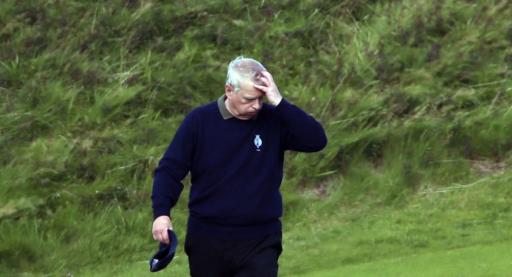 Royal Portrush Golf Club has confirmed it is considering a new patron following the news Prince Andrew is stepping back from public and Royal duties in the wake of his reputed involvement in the Jeffrey Epstein sex-abuse scandal.

Prince Andrew, 59, has faced a growing backlash following a recent BBC interview about his friendship with convicted sex offender Epstein.

According to a report in the Daily Telegraph, it is believed the 2019 Open venue will comence talks in its upcoming meeting about the Duke of York's involvement at the famous Northern Irish club where Prince Andrew was a publicity figurehead.

"The allegations surrounding Prince Andrew, and especially the trauma and distress suffered by the victims of Jeffrey Epstein is a matter of deep regret," the club said in a statement obtained by the Daily Telegraph.

"Royal Portrush will continue to monitor the ongoing investigative process. There are no scheduled plans for him to return to the club.

"The council of Royal Portrush is acutely aware of the widespread public concern about these allegations, and Prince Andrew’s decision to step away from public duties will be discussed at our next meeting."

Prince Andrew not only has ties with Royal Portrush, but also Royal Liverpool Golf Club - host of the 2022 Open.

According to the Daily Telegraph report, Royal Liverpool will "not call upon" Prince Andrew's service during his exile.

Prince Andrew is also a member of golf's governing body, the R&A, but they have yet to make further comment on the subject.