Golf icon Tony Jacklin believes Sergio Garcia is the biggest underachiever to ever play the game. 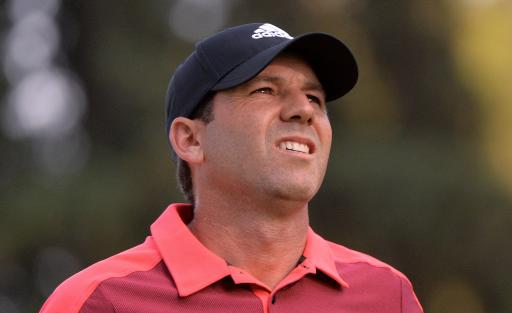 When it comes to golf legends, Tony Jacklin is up there as one of the all-time greats. In 1969 at Royal Lytham, Jacklin became the first British player to win The Open since Max Faulkner lifted the Claret Jug in 1951.

A year later, Jacklin won his second major when he lifted the U.S Open at Hazeltine National, winning the tournament by seven shots.

The Englishman would go on to captain the European side in the Ryder Cup on four occasions from 1983 to 1989, winning the event twice.

In a recent interview with Golfweek, Jacklin was asked who he believed is the biggest underachiever in golf and he certainly didn't hold back with his answer.

"Sergio Garcia," said the 76-year-old. "He’s been one of the best players on the planet for the last 20 years and doesn’t have much to show for it."

Garcia has 35 professional wins to his name, but had to wait until 2017 at the age of 37 to win his first major, when he won The Masters at Augusta.

"Seve had more courage in his little finger than this lad. Don’t get me wrong, Sergio has been a prolific winner, but he had the ability to win double-digit majors.

"Trevino said long ago, God never gave one man everything. Garcia would be the one that jumps out to me. He’s been a marvelous Ryder Cup player. When he’s bathed in the team environment it brings the best out of him. It seems to give him comfort to perform at his best as opposed to when he’s all alone and it seems like a huge task.

"Even the Masters he won, I thought the wheels were going to come off at the 13th. He’s 41 now, and I can’t see him being born again. To think that he’s only won one major as a ballstriker like he is, well, it’s mind-boggling."

NEXT PAGE: RUMOUR! Is Sergio Garcia signing with Honma Golf?