Garcia says he feels terrible for Watney as he becomes the first PGA Tour pro to test positive for coronavirus... 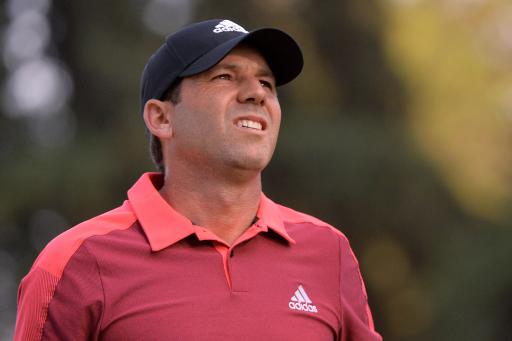 Sergio Garcia has raised eyebrows in the golf world by claiming a lot of other people deserved to get coronavirus more than his good friend Nick Watney, who became the first PGA Tour player to test positive for COVID-19 last week.

Garcia flew privately to South Carolina with Watney last Tuesday, three days before Watney became the only one of 369 players and caddies at the RBC Heritage to test positive for coronavirus. The American was then forced to withdraw from the tournament on Friday.

"Unfortunately it had to happen to him," said Garcia.

"There's a lot of other people that probably deserved it a lot more than him, and he's the one that got it."

He added: "Nick is unbelievable. He's a good friend. He was very worried about me. He sent me several texts. I talked to him. He must have said sorry to me probably 25 times. I told him that it's all good."

Garcia then spoke of his relief at his own test coming back negative, as he ended up finishing in a tie for fifth in the tournament, marking his best finish on the PGA Tour in 13 months.

"After missing the cut last week by one and this week finally playing nicely in the second round and being in the middle of the pack, if I would have given positive (COVID-19), then I wouldn't be able to play on the weekend, and I would have been very, very disappointed," said Garcia.

"Fortunately for me, it was fine. Hopefully, his [Watney] is not bad, and we can have him back as soon as possible.

Watney must now self-isolate for a minimum of 10 days in South Carolina, along with his caddie Tony Navarro and Brendon Todd's caddie, who all shared a house during the tournament.