Shane Lowry is hoping to put a disappointing year on the PGA Tour behind him and has got new clubs at the ready for the Safeway Open. 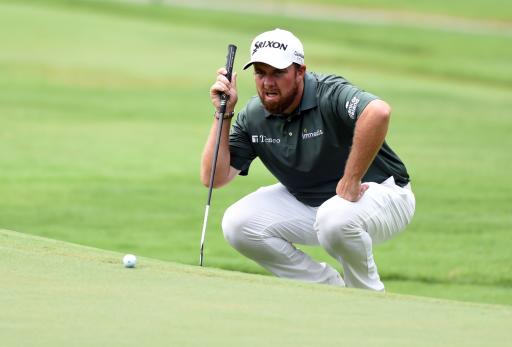 Shane Lowry is hoping that new clubs can help him kick-start a successful 2020/21 season at the Safeway Open this week, as the Irishman looks to put a disappointing PGA Tour campaign behind him.

Since winning the Open at Royal Portrush last year, Lowry has failed to make his mark on the PGA Tour, having finished in the top 20 just once in the shortened 2019/20 season.

Lowry finished 123rd in the FedExCup standings before failing to make the cut at The Northern Trust, leading to him being knocked out of the play-offs to cap off a lacklustre year in the USA.

The 33-year-old has opted not to fly back to his home in Ireland for the off-season due to the travel restrictions surrounding the coronavirus and Lowry instead will play in the first event of the new season this week at the Safeway Open in California.

"Obviously I wouldn't be overly pleased with how I did last season, but it was a strange one," Lowry told the media ahead of the event.

"I felt like I played OK in part and I felt like I had it going before lockdown and I struggled when we came back out. I rallied a little bit to make it to the play-offs and it was disappointing to play the way I did in Boston, but that's just the way it is.

"I've had a couple of weeks off and the reason I'm here this week is I don't really want three weeks off going into the US Open. I'm close, I'm in America. My family are in Ireland, so I couldn't go back to Ireland because of the quarantine, there was no point.

"This is a big event in its own right, so I want to come here and play well. Obviously I'm thinking about trying to get a bit of form going into Winged Foot next week, but at the end of the day I'm a proud golfer and I want to play well this week."

Lowry has a few new clubs in the bag for this week's tournament and although he feels as though he won't notice the the iron change too much, the reigning Open Champion is welcoming a much needed change in the driver.

"Srixon came out with a new set of irons," Lowry added. "They look a little bit different to what I've been using, but they perform pretty much the same and I find the irons easy to change.

"And my driver, to be honest, I drove the ball pretty poorly over the last while and I do feel like there might be something wrong with the old driver. I used it for a couple of years, maybe it's gone a little bit.

"I was getting some weird numbers on TrackMan and stuff, so decided to put a new driver in the bag. I used it the last couple of days and I've hit it pretty well, so I'm excited to see what they're like."