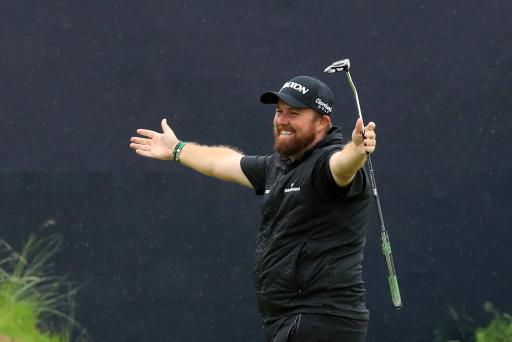 A Shane Lowry lookalike by the name of Curtis Kinney is enjoying a number of selfies with golf fans as the unofficial Open champion this week.

Clearly the 'fans' in question were unaware of Lowry's Cleveland/Srixon equipment deal given Curtis was sporting a Titleist cap, but that didn't bother any of them in the slightest.

We can't be certain, but we're fairly sure Curtis earned himself plenty of free beers out of it.

Watch the hilarious video below...

Before winning The Open at Royal Portrush, Lowry had four wins on the European Tour and one PGA Tour victory to his name, with the last win coming in February at the HSBC Abu Dhabi Championship.

Lowry also won the WGC-Bridgestone Invitational back in 2015.

The Clara native then threw away a four-stroke lead in the final round of the US Open and was pipped to the line by Dustin Johnson.

Lowry has decided to withdraw from this week's WGC-FedEx St Jude Invitational, the same tournament he won in 2015 under a different sponsor and venue.

The Irishman insists he is going to treasure the Open win and continue the celebrations, but has his eyes set on securing a spot in Team Europe for the 2020 Ryder Cup which will be held in Wisconsin.

"Obviously, in the short term I'm going to enjoy this, there's no doubt about that," Lowry said after winning the Open by six shots.

"But in the long term you obviously want to back-up your success."

"My big goal remains the same and that is to be on the plane going to Whistling Straits next year. That's my plan for the next 12 months. Hopefully that involves a couple of wins along the way."