Shock absentees in both US and International Presidents Cup teams

Automatic eight players in both USA and International sides led by Tiger Woods and Ernie Els are revealed... 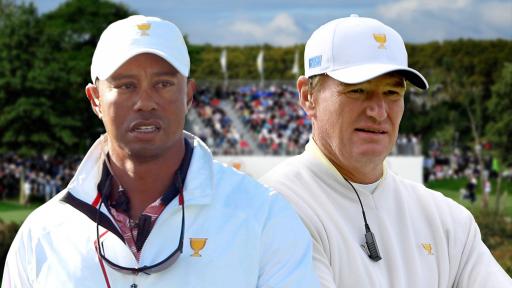 The automatic eight players in both United States and the Internationals' Presidents Cup teams have been decided following the completing of play at the BMW Championship,  and there are some shock absentees in both sides as things stand.

Of the notable players who missed an automatic spot, former World No.1 Jason Day leaps off the page from an Internationals perspective, with both Jordan Spieth, Gary Woodland, Rickie Fowler, Tony Finau and Patrick Reed all missing so far for the Americans.

Tiger Woods, captain of the USA team, and Ernie Els, skipper of the Internationals, will receive four additional picks ahead of the biennial clash.

The 2019 Presidents Cup will take place from 12 to 15 December at Royal Melbourne GC, Australia, which last hosted the event in 1998 when the Internationals enjoyed their sole victory (20.5-11.5).

In the past 12 Presidents Cup ties, the United States have won 10 of the matches, with the Internationals winning once.

The teams tied in 2003 in South Africa after the decisive playoff match between this year's captains Woods and Els could not be decided in fading light, and a tied match was therefore agreed by captains Jack Nicklaus and Gary Player.

Let's take a closer look at the automatic eight in both teams...