Well that's one way of putting it... 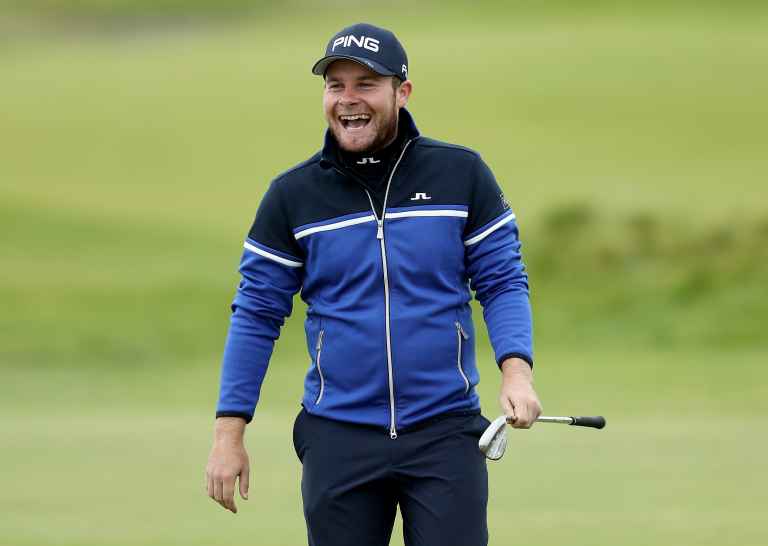 Defending champion Tyrrell Hatton surged into a tie for the 36-hole lead of the Dunhill Links Championship after a blistering round of 65 at Carnoustie today, aided by a superb chip-in birdie at the par-3 16th.

But while the shot was impressive, it was Mark James' commentary that left social media a little bemused...

Golf summed up in two consecutive @tyrrellhatton shots. A post shared by European Tour (@europeantour) on Oct 6, 2017 at 8:16am PDT

Hatton shares the lead on 11-under alongside compatriot and Race to Dubai leader Tommy Fleetwood, who posted a course record at Carnoustie with a round of 9-under 63.

Big-hitting Belgian Nicolas Colsaerts sits one shot behind on 10-under, while last week's winner Paul Dunne is a further shot back in a tie for fourth.