Boxing legend gets in the swing of things - but the iron head covers have not gone down well... 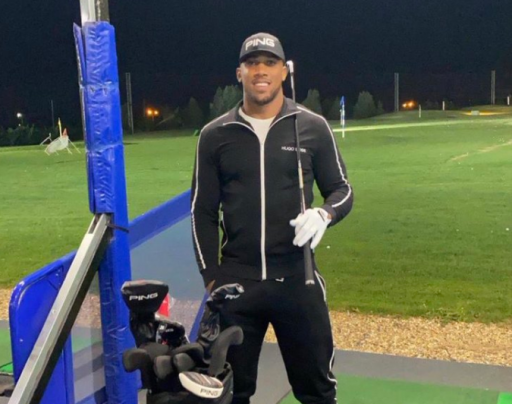 Joshua, who will defend his heavyweight titles against Kubrat Pulev behind closed doors on December 12, posted an image of him down the local practice range with the caption: "Where are my golfers at? I need some lesssssssssons famalam! My teks is shocking."

The popular YouTube creator and golf coach Rick Shiels was quick to offer Joshua a lesson when tweeting: "I'll help you out AJ," but not before the flurry of comments about his iron head covers took over the feed.

Where do you stand on iron head covers? Let us know on our social media channels.

Here's what a number of golf fans on Twitter have been saying...

We've not done Golfing No No's for a while on the @SkySportsGolf Podcast. But could AJ make iron head covers cool again?? I'm not arguing with him

Get them head covers off them irons for a start!!! Then head up to the Midlands and let's have a knock @joea6223 @Mbprogolfer

Get them headcovers off your irons, you’ll knock 10 strokes off a round just by doing that

Take the headcovers off the irons right now anthony

The Joshua-Pulev fight in December will likely be staged in front of no fans following the confirmation on Tuesday from Prime Minister Boris Johnson that large sporting events will remain closed to the public due to the rise in coronavirus cases.