Probably best not to watch this one if you are a fan of Patrick Reed... 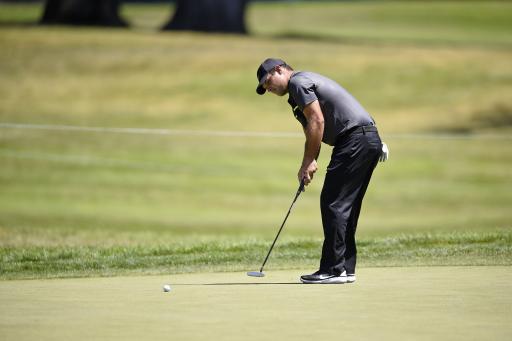 A golf fan has posted an edit of Patrick Reed missing his birdie putt at the 1st hole with crowd noise on, and it has been greeted with uproar on Twitter. WARNING: If you are easily offended, then please do no watch the following clip.

"All credit to Sky, that crowd noise feature at the golf is genius," tweeted @Darth_Monty. We will let you watch the clip below to see what has been edited, and you can check out the comments for yourself by scrolling down in the tweet below...

All credit to Sky, that crowd noise feature at the golf is genius. pic.twitter.com/t9w8mazwzI

GolfMagic has no opinion on Reed - before anyone claims we are jumping on the hate bandwagon - we are simply just posting what a fan has posted on Twitter because it has attracted a lot of attention since going viral on social media.

Reed got off to a solid start on day one of the PGA Championship with a round of 2-under par to lie three strokes off the pace set by Jason Day and Brendon Todd. The former Masters champion carded four birdies and two bogeys during his round of 68.

Brooks Koepka got off to a hot start in his bid to become the seventh player ever in the game to win the same major three consecutive times with an opening 4-under 66.

Woods matched Reed's round of 68, while other notables include Rory McIlroy carding a lacklustre 70 and new World No.1 Justin Thomas with a 71.

WATCH: DECHAMBEAU CRUSHES DRIVER THEN HIS HEAD FALLS OFF!