What on earth is Tiger Woods doing here? Your guess is as good as ours... 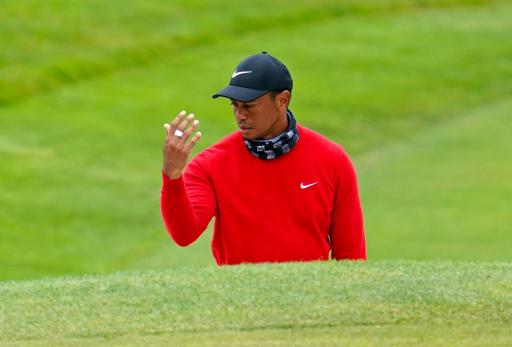 Tiger Woods was spotted working on a very peculiar new move on the practice range ahead of his first round at the BMW Championship on Thursday.

The bizarre swing was captured as on-course PGA Tour Live announcer and former PGA Tour pro Mark Wilson was speaking to the commentary team just moments before Woods headed to the first tee. Watch the video below...

Tiger working on a new move on the range this morning. (Video captured by @sobergan)

Social media was quick to react, with one fan commenting: "Everyone is about to start swinging like this now!"

"Yeah, new first shot in my practice routine," said another.

"No idea what he's doing but I'm definitely going to give this a try at the weekend," said one golfer. "My game can't get much worse anyway, so I'm for trying something a little different!"

Another golf fan thought there was some method behind his madness: "Looks like he's working on turning his hips to get his right butt cheek turned more towards the target at the top of the backswing."

One golf fan just thought Woods was having a laugh: "He knows the camera is on him... suckers!"

Woods, who ranks 57th in the FedEx Cup standings, will likely need to finish fourth or better at Olympia Fields this week in order to make the top 30 and qualify for the season-ending Tour Championship at East Lake that will decide the FedEx Cup.

"I have to play well, I have to earn my way to East Lake; I haven't done so yet," said Woods, who has picked up just one top-10 finish in five starts on the PGA Tour in 2020.

"I need a good week. If I don't, I go home. It's a big week for me. I'm looking forward to getting out there and competing.

"This golf course is set up more like a US Open than a regular tour event. It's the playoffs, and it's supposed to be hard."