The stats that prove why United States will win the 2018 Ryder Cup... 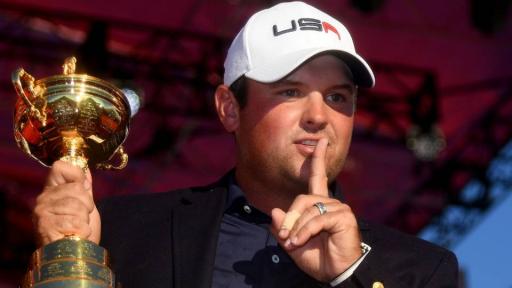 The 2018 Ryder Cup gets underway at Le Golf National in Paris on Friday, with the United States looking to defend the trophy and Europe hoping to win it back.

But before the action begins, golf psychology experts golfisamindgame.com decided to take a detailed look at how both teams measure up in the stats game.

Using PGA Tour data they worked out which team came out on top in key areas such as driving distance, accuracy, greens in regulation, and putting.

When it comes to stats, the USA are the clear winners, with the American team beating the Europeans in five out of seven statistics.

Check out the findings from David McSweeney below...

On average, players from the American team drove the ball further than their European counterparts in 2018 (305.7yds vs 303), while also making more birdies, and taking fewer putts.

There was no contest in terms of career PGA Tour wins and earnings. American players have won 4x more PGA events than the Europeans, and earned 2x more , helped in no small way by Tiger Woods’ 80 wins, and $115m+ earnings to date.

But there was some positive news for the Europeans when it came to accuracy. European players found more fairways on average (63% vs 58%), and they tied with the Americans in greens in regulation (68.57%).

The most accurate player in the tournament will also be a European. Henrik Stenson hit more fairways and greens on the PGA tour this year than any other player set to compete in Paris.

Surprisingly, despite the Americans having more distance on their team overall, the two longest hitters were also European. Denmark’s Thorbjørn Olesen’s average drive in 2018 was 320 yards, while Rory McIlroy averaged 319.8 yards off the tee. The USA’s biggest hitter was Tony Finau, who had an average drive of 315.3 yards at this year’s PGA tour events.