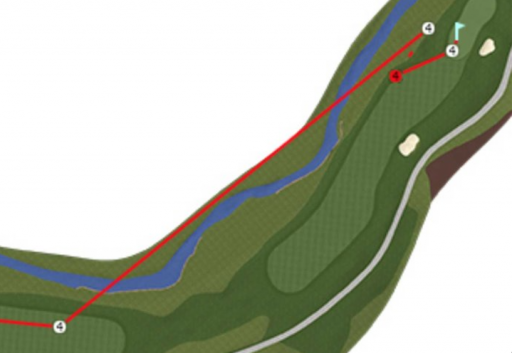 PGA Tour pro Joel Dahmen claimed his playing partner Sung Kang cheated on the 10th hole of the final round of the Quicken Loans National on Sunday, and a ShotLink volunteer is fully backing his claim.

Kang’s second shot crossed the hazard line at the par-5 10th and triggered an accusation of “cheating” from playing partner Dahmen.

And now it's come to light that ShotLink volunteer Michael Klock, who was working on the hole, is certain the South Korean's shot crossed the hazard line only once.

UK golf club owner offering free membership in exchange for greenkeeping help
"Muppet" Thomas Pieters takes aim at golf fan over gun violence
He (Kang) sure did cheat. I was running ShotLink on the green. That ball never came close to entering up where he dropped… Should’ve been 200 yards back. Told your caddie who told the rules official but Kang threw a fit and got his way.

Klock added that the ball landed “about 6-8 feet into the hazard in a batch of taller, bamboo-like weeds.”

Klock also explained the discussion between Kang and Dahmen also became quite heated as the officials considered their ruling and another group was allowed to play through.

Kang was insistent (’95 percent sure’ in his own words) his ball came back and entered the hazard at about 35 yards out. I caught bits and pieces of the exchange, but the rules official did quote ’95 percent sure is not 100 percent sure’ before driving Kang back to look at the line again. Kang then returned and argued some more with Dahmen, to which (Dahmen) replied, ‘If you can sleep at night, then take your drop.' From what I gather, the rules official and Joel Dahmen put the ball in Kang’s court and let him decide what he believed the result should be. They then returned where Kang took his drop and got up and down for par.

Kang then went on to finish solo third and book his place in the Open Championship at Carnoustie in two weeks time.

Despite the latest claims, the PGA Tour has reiterated it is no longer looking into the matter.

NEXT PAGE: WATCH THE AWESOME EXCHANGE BETWEEN POULTS AND HIS CADDIE