Team Great Britain & Ireland were no match for the USA's impressive singles charge on Sunday. 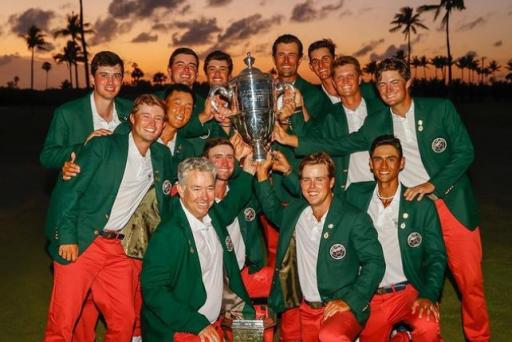 The away side trailed 7-5 heading into the final day, but got off to a fast start and gave themselves hope of a first overseas victory in 20 years after they won two foursomes matches and halved another, to get within just half a point of the Americans heading into the singles sessions.

It wasn't to be for GB & Ire in the end, with the USA finding another gear to collect another five-and-a-half points from the final 10 matches to seal another Walker Cup victory.

Although the away side were disappointed to let the opportunity of a win on American soil slip, team captain Stuart Wilson was gracious in defeat nonetheless.

"It's been a great weekend of golf," said Wilson. "The guys came out fighting and tried to equip themselves as best as they could, unfortunately it just wasn't their weekend.

"From our perspective, we've maybe let the Americans get away with a bit too much, a few slack shots here and there. But hats off to the USA team for pulling the victory off."

"It was such an evenly matched contest and our guys were really fired up,'' Crosby said. "I've been blessed to be part of their lives here for a few years and it's been so great.''