Big-hitting Belgian loses his rag en route to missing the cut at Wentworth. 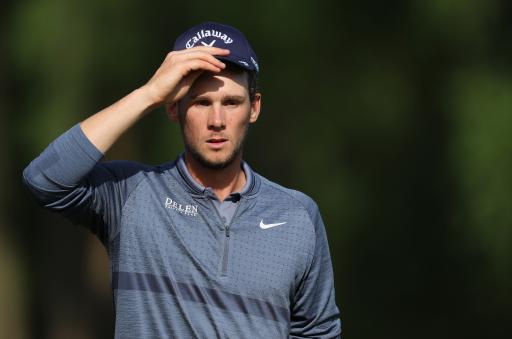 Thomas Pieters was caught snapping a long iron around his neck en route to missing the cut at the BMW PGA Championship at Wentworth on Friday.

Pieters was in no mood for errant shots on Friday following a dismal opening 75, and despite his best efforts the big-hitting Belgian could only sign for a 72 and 3-over par total meaning he missed the cut by four strokes.

Despite snapping his club around his neck at the par-5 fourth on Friday, Pieters did eventually go on to make a par. Watch the incident below...

And it's not the first time Pieters has gone club snapping. Remember this from the Open Championship two years ago...

Pieters has slipped from just outside the world's top 20 last season to a current 65th in the world rankings.

His last top-10 finish came 11 events ago with a tie for fifth in Abu Dhabi at the start of the year.

Pieters was the top points scorer in the 2016 Ryder Cup, but he will certainly need to turn his fortunes around this season if he's to play his way into Thomas Bjorn's European Ryder Cup team at Le Golf National this September.