Tiger Woods confirms he will play in the Northern Trust

Woods reveals he will tee it up in the first leg of the PGA Tour's FedEx Cup Playoffs... 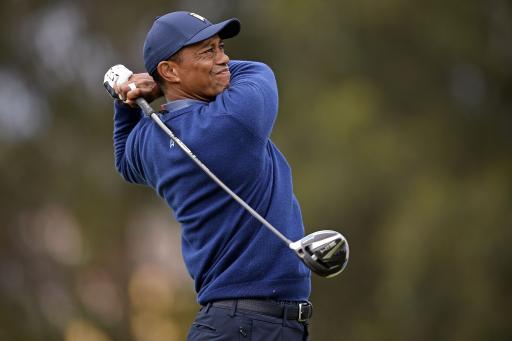 Tiger Woods has confirmed he will play in next week's Northern Trust tournament, which marks the first leg of the PGA Tour's FedEx Cup Playoffs at TPC Boston.

Woods, currently ranked 48th in the season-long FedEx Cup standings, tweeted the news of his place in the 125-man event on Friday.

Excited to head to Boston for @TheNTGolf and start the #FedExCup Playoffs.

The top 70 in the FedEx Cup standings after the Northern Trust will then head into the BMW Championship the following week at Olympia Fields, before the top 30 move on to the Tour Championship at East Lake.

Woods, who has not played in three consecutive weeks on the PGA Tour since the end of 2018, has insisted he is prepared to play a few more tournaments, especially with two more majors left to play in 2020 with the US Open in September and The Masters, which he will be defending in November.

"We knew once I started playing again when I committed to Memorial that this was going to be a heavy workload, and my training sessions, we’ve been pushing it pretty hard, making sure that I kept my strength and endurance up," said Woods.

"We’ll be pushing it hard to make sure that I can stay strong and have the endurance to keep on going."

Woods has only played times on Tour in 2020 with his best finish a tie for ninth at the Farmers Insurance Open in January.

The 15-time major champion finished a disappointing tied 37th in his last start at the PGA Championship following rounds of 68, 72, 72 and 67.