Tiger Woods: the golf events he will play after coronavirus lockdown

GolfMagic takes a closer look at the golf tournaments Tiger Woods will most likely play in 2020... 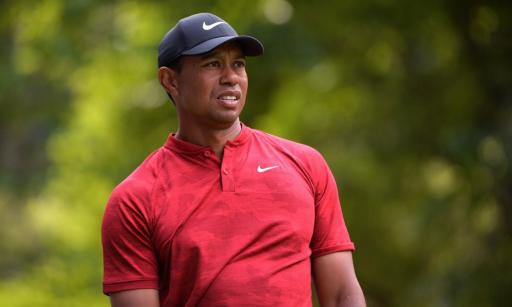 Tiger Woods recently admitted to feeling fit and healthy and with that in mind, we can take a pretty solid guess at how his PGA Tour schedule will look when the sport returns after the coronavirus lockdown.

The PGA Tour is sounding confident about getting things back on the road in the second week of June (11-14) at the Charles Schwab Challenge at Colonial Country Club in Texas, but there is expectation that fans will not be permitted at the venue.

Woods has not played a competitive PGA Tour event since finishing last of those that made the cut at the Genesis Invitational following a dismal final-round 77 - but it soon emerged he was suffering from a niggling back injury that has plagued much of his recent years on the circuit.

With just shy of 30 weeks of competition lined up from June through to the end of the year, we expect Woods to play in possibly as many as 10 of these events.

Woods will probably be chomping at the bit following the coronavirus lockdown to get back out there and test his game at the earliest possible opportunity, which could see him heavily consider the Charles Schwab Challenge or the next event, the RBC Heritage at Harbour Town Links.

However, one notable that suggests he likely won't tee up in either of these tournaments is the fact he has only ever played those events on one occasion, and that was in 1997 at Colonial (tied fourth) and 1999 at Harbour Town (tied 18th).

For a confident selection as to Woods' first tournament back on the PGA Tour this season, we are going for the Memorial Tournament at Muirfield Village Golf Club from July 16 to 19, an event the 82-time PGA Tour winner has won a record five times. Woods needs just one more PGA Tour victory to take the outright record that he currently shares with Sam Snead.

After the Memorial, you can be certain Woods will line up at the US PGA Championship at Harding Park from August 6 to 9 where he will look to join Nicklaus and Walter Hagen on five wins in the tournament.

Woods will then turn his attentions to consecutive FedEx Cup Playoffs events at the Northern Trust, BMW Championship and Tour Championship, but much of that will depend on the strength of his position in the standings given Woods typically does not play more than three weeks in a row these days.

If he is sitting comfortable in the top 30 ahead of the FedEx Cup finale at East Lake (he is currently 28th in the standings), then we can see him possibly skipping the BMW Championship to ensure he is fresh playing the Tour Championship.

After that, Woods will play in the US Open at Winged Foot from September 17 to 20, a week before the Ryder Cup takes place at Whistling Straits, which you can be certain Woods will be part of providing he is fit and well to compete in Steve Stricker's US team.

He will then take nearly a month off and head over to Japan to defend his ZOZO Championship title, a tournament that landed him a joint-record 82nd PGA Tour title. Woods loved the inaugural event and will likely head back to defend.

Woods will then spend time on the practice range and look to be well rested ahead of another title defence at The Masters from November 12 to 15, where he will bid to join Jack Nicklaus on a record six wins in the tournament.

After that, he will be playing in the Hero World Challenge in the first week of December, which is the annual tournament he hosts and raises money for his Foundation.

We believe Woods will play in 10 events once golf returns to our television screens, hopefully as planned in June...