Woods' customised golf cart goes for $16,500 - see how much everything else went for in the auction... 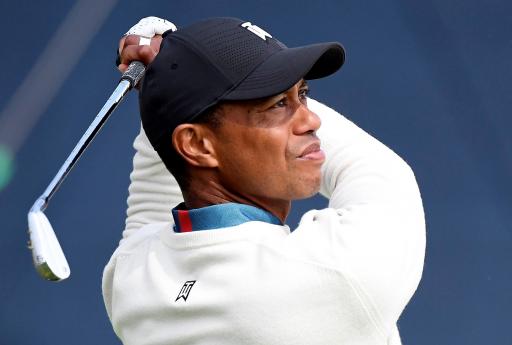 Tiger Woods auctioned off 21 items and they sold for more than $130,000, with the money raised going to Woods' TGR Foundation.

Of the exclusive items sold during the auction, a Full Swing Pro Series Simulator topped the charts in the bidding at $41,000, with golf trips to Woods' Diamante Cabo San Lucas and TGR Design's Bluejack National selling for $17,000 and $14,000.

Thank you to all the donors who helped support @TGRFound and our virtual Jam with Purpose along with @chrisbharrison and @dariusrucker for making it so special.https://t.co/7uifsLFcoH pic.twitter.com/LCNKp9AOrh

A replica golf cart - as used by Woods during 'The Match: Champions for Charity' event with Phil Mickelson, Tom Brady and Peyton Manning at Medalist Golf Club - sold for $16,500.

Related Articles
Ben Hogan Company out of business for what could be final time
Rules of Golf: Does it count as a stroke if your club snaps on impact?

Incredibly, at Golden Age Auctions on Sunday, a backup of Woods' famous Scotty Cameron putter sold for a whopping $154,928 on Sunday morning...

The world record price paid for a putter was obliterated last night when this Tiger Woods backup putter brought over $154,000 at auction pic.twitter.com/u6sSRhM7uU

Woods, currently ranked 22nd in the world rankings, has yet to fire on the course this year with just one top-10 finish coming in his first event of 2020 at the Farmers Insurance Open.

In his six starts since then, Woods has finished no better than tied 37th and he missed the cut in his last competitive start at the US Open two weeks ago.

Woods did, however, team up with Justin Thomas to defeat Rory McIlroy and Justin Rose in the inaugural Payne's Valley Cup match last week.

The 15-time major champion will now start to prepare to defend his Masters title this November and he has confirmed he will tee up at the ZOZO Championship from October 22 to 25, where he will also defend despite switching from Japan to the United States (Sherwood Country Club) - a venue Woods has enjoyed great success on in the past.