Feeling down about your own short game? Just remember duff shots even happen for the likes of Tiger Woods... 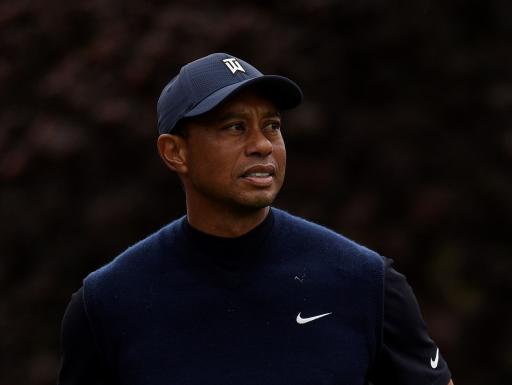 Tiger Woods made us all feel good about our own short games during the third round of the ZOZO Championship, but then quickly reminded us why he's won 15 career majors with his next shot.

Woods stubbed his chip about two feet in front of him on the 14th hole, then regrouped to drain his next shot for par from 24 feet...

He also played one of the shots of the day later in his round when chipping his ball through the trees and next to the pin...

Woods, who was defending his title this week, is currently lagging well down the field following rounds of 76, 66 and 71 to lie 3-under par after 54 holes.

Justin Thomas takes a one-stroke lead over Jon Rahm heading into the final round of the tournament with the American out in front on 19-under par.

Lanto Griffin lies two strokes off the pace on 17-under par, with Sebastian Munoz, Ryan Palmer and Patrick Cantlay back on 16-under par.

Poetry in motion. @JustinThomas34 has a share of the lead with two to play.#QuickHits pic.twitter.com/vwjlkLGxj4