Woods shares his thoughts on the deaths of five-time NBA champion Kobe Bryant and his 13-year-old daughter Gianna. 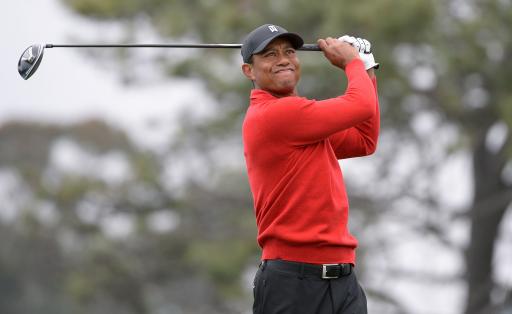 Tiger Woods could only think of one thing after the final round of the Farmers Insurance Open upon learning his good friend and NBA legend Kobe Bryant, along with his young daughter Gianna and seven other people died in a helicopter crash in Los Angeles earlier in the day.

The news sent shockwaves through the crowds in the final round at Torrey Pines, and many players did not find out the tragic news until after their rounds.

"I just heard it from Joey [Joe LaCava, his caddie] while coming off the 18th green," said Woods, after closing with a round of 70 to finish tied ninth.

"I didn't understand why the fans were yelling 'Do it for Mamba' on the back nine. People yell things all the time. I was just plodding along and doing my own thing, and then when Joey told me here, it's just unbelievable the reality that he is no longer here.

"LeBron breaks his record and he passes today. For me, I grew up a die-hard Laker fan and I always have been my entire life. It's all I remember. He was part of the most historic franchise in all of the NBA.

"What made him so impressive is that he was dominant on the offensive, we know that, but he'd lock up on D and play their best guard and shut him down for all 48 minutes. That's what made him so special as he played both ends of the court. There are maybe two or three guys in the entire NBA history that would do that. He was up for that challenge.

"One of the more impressive things that I've ever witnessed is when he ruptured his achilles and went to the foul line and made his shots. Ultimate toughness, ultimate competitor, and one of the most shocking, tragic days I've ever been apart of in a very quick span here."

Woods also spoke of the close relationship he had with Bryant personally.

"We were closer when he was probably playing and I had a home in Newport, and we would hang a bit. When I sold my house and lived full time in Florida, I didn't really see him that often. But we would always reach out."

"I can't imagine what their entire family is going through right now. It's just shocking. I only just found out seven minutes ago so the reality is setting in very quickly here."

Jon Rahm, who finished second to Marc Leishman, was also quick to praise the life of Bryant on Instagram.

Rahm was among many other golfers to leave tributes to the 41-year-old who played his entire 20-season career with the Los Angeles Lakers.