Tiger Woods confirmed he has had surgery on his left knee to "repair minor cartilage damage.” 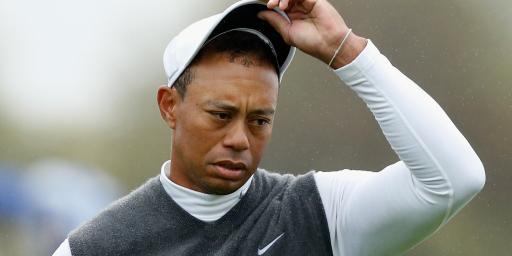 Tiger Woods took to Twitter on Tuesday to announce that he has undergone surgery on his left knee following the Tour Championship.

Tiger Woods announced today that he had an arthroscopic procedure last week on his left knee to repair minor cartilage damage.

"I expect Tiger to make a full recovery," said Dr. Vern Cooley, who performed the surgery. "We did what was needed, and also examined the entire knee. There were no additional problems."

"I would like to thank Dr. Cooley and his team," said Woods. "I'm walking now and hope to resume practice in the next feew weeks. I look forward to travelling and playing in Japan in October."

Woods has looked very uncomfortable in recent tournaments and had previously admitted his body was struggling, but many believed it was more to do with his back and neck. The 15-time major champion said that he is at a stage in his career where he has to be very selective with what tournaments he plays in as his body needs time to recover if he is to be fit for the big events.

During the first FedEx Cup Playoff, The Northern Trust, Woods pulled out after the first round due to a minor strain to his oblique. The 2019 Masters Champion returned to action the following week for the second FedEx Cup Playoff event, the BMW Championship, but he failed to make much of an impact, finishing in T37.

Woods has had problems with his left knee in the past, especially in 2008 when he won the U.S Open with a severely damaged ACL. In 2008, Woods underwent the same procedure to his knee where he had an estimated recovery time of four to six weeks.

Since winning the Masters in April, Woods hasn't looked the same. It seemed as though his injuries were a thing of the past, but since winning another green jacket at Augusta, Woods has only had one top 10 since.