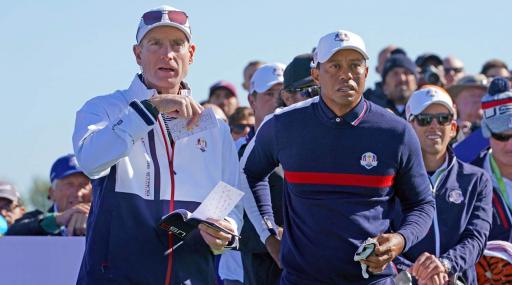 Jim Furyk has sat down with Golf Channel's Tim Rosaforte to reveal the extent of the failures of the United States Ryder Cup team at Le Golf National - two of which involved experienced duo Tiger Woods and Phil Mickelson failing to win a point.

He also touched on Mickelson's struggles and the fact the experienced Lefty was "working on his game" for much of the week. Watch the clip below...

Furyk has also revealed Dustin Johnson and Brooks Koepka DID have an altercation on the Sunday evening at the Ryder Cup, despite Koepka claiming they didn't last week.

He's also explained how Patrick Reed knew WEEKS IN ADVANCE that he would be playing alongside Woods at the Ryder Cup, despite what he said during the Ryder Cup week itself.