Woods yet to make the switch from Nike irons and wedges to TaylorMade ahead of his PGA Tour return at Torrey Pines. 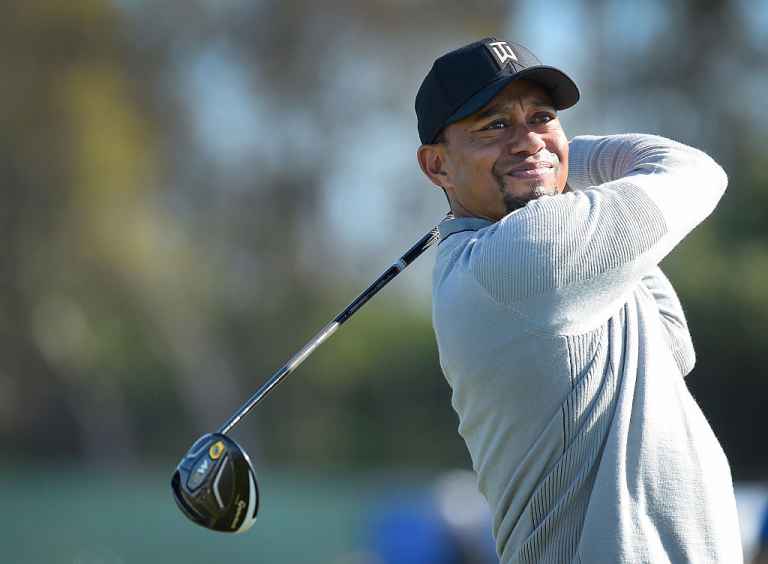 Tiger Woods may have this week penned a new deal to play with TaylorMade equipment, but he's in no hurry to get new clubs in the bag.

Woods, who makes his long-awaited PGA Tour return at Torrey Pines this week, has been using the new TaylorMade M2 driver since last month's Hero World Challenge, but still hasn't removed his Nike irons and wedges.

The 14-time major champion told the media on Wednesday that he’s in “no rush” to swap them out, as he works with the team at TaylorMade to develop a set that are built to his specifications.

“They’re allowing me to take my time and we’re going to develop my irons and make the irons and the blades that I want that will fit my game and what I look at, not only in the playing position but also feel and obviously the shot window that I want to hit it through,” said Woods.

For 79-time PGA Tour champion, finding the right combination of clubs to best fit his new Bridgestone Tour B330-S ball is key before making the transition.

"I found that TaylorMade (woods) and their setup worked the best with my golf ball and allowed me to hit numbers that I hadn’t seen before, so it was kind of a no-brainer for me," he said.

"And with the irons, we’re going to take our time and build an iron that I like not only in the playing position but how it feels and how it performs."

Woods will eventually co-create with TaylorMade’s club engineers and have an integral role in the design and development of a new, personalised iron model that will make its debut in his bag at a future date to be determined.

The former world number one's history with the brand goes back to his days as the world’s top amateur, when he played TaylorMade metalwoods in his victories at both the 1994 and 1995 US Amateur Championships, in addition to multiple other junior and professional tournaments on Tour.