Tom Lewis shares the lead at the Honda Classic

Tom Lewis and Harris English share a one-shot lead after round one of the Honda Classic. 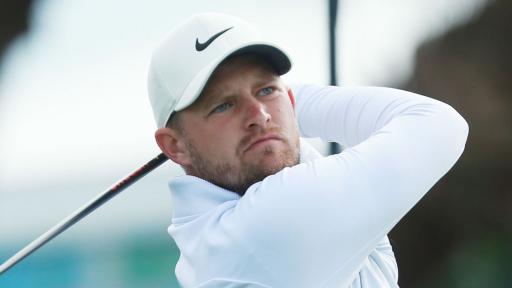 The opening round of the Honda Classic at PGA National proved to be a challenging one, with some of the most elite players in golf shooting over par.

Lewis shot a bogey-free round, which included one eagle and two birdies, while fellow Englishman Lee Westwood got off to a solid start around teh Champions Course and finds himself just one shot off the lead.

Westwood shares that position with four other players, including American J.T Poston, who birdied the last hole in emphatic style, hitting his approach shot with his feet in the water.

Finishing the round in style.@JT_ThePostman makes birdie on his final hole after an approach with his feet in the water. He sits a shot back of the lead.#QuickHits pic.twitter.com/R8uo8dR58Y

Lewis' bogey-free round is even more impressive when you look at the quality of players who struggled to get going in round one, with Justin Rose shooting two-over par, Brooks Koepka four over, Rickie Fowler six over and recent PGA Tour winner Viktor Hovland seven over.

"Bogey-free for me is big," said the Englishman. "You know, it's always a good mental strength. To be able to go out there on a course like that where the wind is blowing, as cold as it was this morning, as well, to not drop a shot was great.

"Obviously the eagle helped, loads of steady pars, but I was never really stressed out there. I hit a lot of good drives and a lot of good shots, and it was a nice start."