Tom Watson has played his last ever Senior Open

Tom Watson, who has won the Open five times, played in his final Senior Open on Sunday. 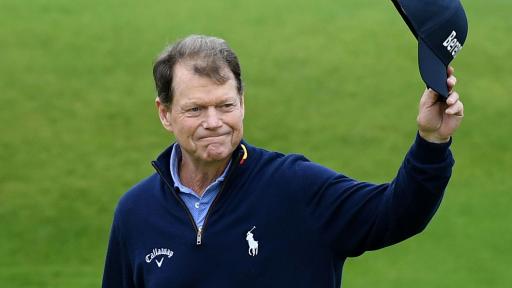 Tom Watson is an eight-time major champion and arguably the best links gofer who has ever lived. At the age of 69, Watson has retired from competitive links golf, as he made his final appearance at the Senior Open last week at Royal Lytham & St Annes.

On Saturday after playing his third round, Watson announced to the media that he would be retiring after Sunday's final round. The American was given a sensational send off, firstly as he walked down the 18th fairway and then another after sinking his putt on the 18th green.

Watson bogeyed the last three holes to shoot a 73 and finish nine over for the tournament. Bernhard Langer, 61, finished six under par, to win his fourth Senior Open title, a new record.

During Watson's senior career, he never missed a cut at the Senior Open and remains one of just three players to win both the Open and the Senior Open, alongside Gary Player and Bob Charles.

"It’s a sensible assessment of the current state of my game," said Watson.

"I just don’t have enough tools in my toolbox any more, so this is it regarding the Senior Open and the US Senior Open.

Watson made sure to give the British public one more shout out, who have supported him since he arrived on the scene of links golf in 1975.

"It would be remiss of me not to give them a shout out," he said.

"There are no galleries to compare in their knowledge of the game, and I loved showing off for them.

"I had so many people following me every year I knew many of them by name! “C’mon Tom,” they’d shout, over and over. Yes, I have a plethora of warm memories."