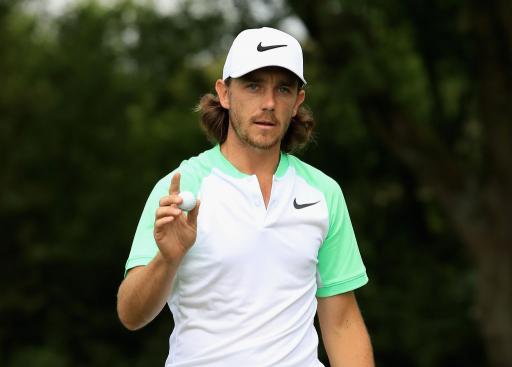 Fleetwood, 26, carded a flawless round of 66 to hold on for a one-shot lead over American Peter Uihlein and land his second title of the year after picking up the Abu Dhabi HSBC Golf Championship in January.

The Englishman also finished runner-up at both the WGC-Mexico in March and Shenzhen International in April, and then clinched his best major finish of fourth at the US Open before collecting a tie for sixth at the BMW International Open in his previous two starts.

Fleetwood, who grew up a couple of wedge shots away from Royal Birkdale where the Open Championship takes place in two weeks' time, now moves to the top spot in the season-long Race to Dubai rankings, demoting Masters champion Sergio Garcia into second.

"To win a Rolex Series event and knowing it's stature is a big thing for me," said Fleetwood.

On moving to a projected 15th in the world from being outside the top 100 some 12 months ago, Fleetwood admits his mental state is better than it's ever been.

"Life has been a lot better," he said. "I'm engaged, we're expecting a baby, I've got a great team around me. Just to be enjoying golf again is key."

Fleetwood, fresh off recording his best major finish at the US Open last month, is now eying an even stronger performance on home soil at Birkdale in the Open Championship.

"I really can't wait. I'm going to be playing in front of crowds I've never had before, and it's going to be amazing experience no matter how I do."

WATCH: BEEF GETS CROWD FIRED UP AT OPEN DE FRANCE

Fleetwood began the final round one shot off the pace but took sole possession of the lead when nearly acing the par-3 second.

Never veering too far from the centre of the fairway and middle of the greens, Fleetwood consolidated his lead with consecutive birdies at the 13th and 14th before making pars in to the house.

TINKERER ON LOOSE: WHO MESSED WITH BERND WIESBERGER'S DRIVER SETTINGS?

Joint third-round leader Uihlein, to his credit, remained hot on the heels of Fleetwood over the closing holes and made things interesting when making a birdie at the 17th to move within a shot of the lead, but the American could not find the required birdie at the difficult par-4 18th to take the tournament into extra holes.

Taking a look at the clubs in Fleetwood's bag, it's interesting to note the Englishman has continued to put faith in his Nike Vapor Fly woods and Nike VR Pro irons despite the company's decision to leave the golf equipment business last year.

IN THE BAG: TOMMY FLEETWOOD