Mulligan! The wrong Tommy Fleetwood got paid for finishing 12th at Carnoustie! 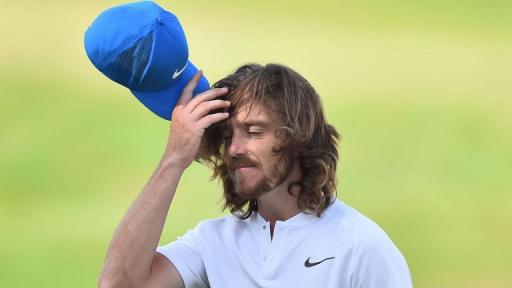 Tommy Fleetwood has explained how he saw the funny side of seeing his £120,000 Open Championship winnings mistakenly paid into the bank account of another Tommy Fleetwood!

Fleetwood won £120,000 for finishing tied 12th at Carnoustie four weeks ago, but then realised the amount was transferred to an American man by the name of Thomas Fleetwood instead.

Thomas Fleetwood is a club professional based at Streamstrong Resort in Florida, who was born in 1959 and contested the European Senior Tour's qualifying school four times from 2013.

"I honestly didn't know anything about it. I wouldn't even know if I'd been paid or not because I don't really look," said last year's European Tour Race to Dubai winner Fleetwood.

"It looks pretty genuine and they (the European Tour) are looking into it and I'm sure they'll feel pretty bad about it. It's a funny story.

"It's just something I don't really look at but I'll get on top of that!"

No joke, a friend received Tommy Fleetwood's Open Championship winnings in his bank account last weekend!! They have the same name and he was a PGA pro but still, how does this happen? Didn't believe him until I saw it...good thing he is an honest guy! pic.twitter.com/bE534xfYDV

Greg Thorner, who posted the screenshot of his friend's bank account, told Press Association Sport: "He played a few European events so the European Tour obviously had some information on him and it must have got mixed up.

"I didn't believe him at first but then I watched him log into his account and I was like 'Holy crap'. He was not positive it was the same amount that Tommy won at the Open but we checked and it was.

"He immediately contacted the bank and told them you've put money into my account that's not mine and unfortunately the money has already been taken out."

A spokesperson for the European Tour said: "This was a clerical error which we are resolving and we apologise for the inconvenience caused to both parties."