The Asian Tour Q school sent a message to its competitors with a strict rule about raking bunkers and a costly fine if they fail to follow this rule. 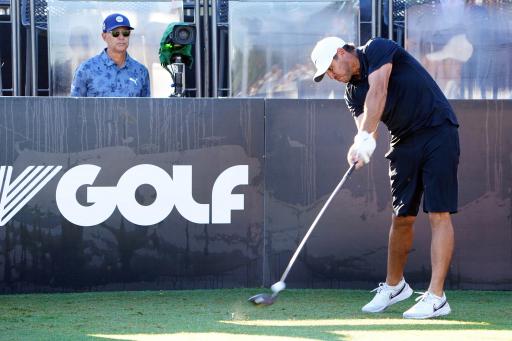 The first event of the Asian Tour Q-school begins today at Oakcreek Country Club in Arizona and there will be some hopeful players looking to battle their way on to the schedule for 2023.

In 2022, the Asian Tour received a $300 million investment from LIV Golf which helped fund the International Series. The new programme's latest event was held in Egypt last week and was won by former LIV Golf player Andy Ogletree.

The scale of investment will have this week's competitors licking their lips at the prospect of Asian Tour qualification, but they must remember to follow one very strict rule.

As reported by Monday Q Info on Twitter, the Tour circulated a letter to players about forgetting to rake bunkers during this Q-school event which concludes on November 18.

"Players must ensure that the raking of any bunker is done properly," the note read. "It is a player's responsibility that no bunker is left unraked or badly raked. Failure to rake a bunker properly is an automatic fine of $300."

The Asian Tour is NOT F’ing around about raking bunkers at Q-school in Arizona. A poorly raked bunker going to set you back 3 C-notes. pic.twitter.com/xF2Y8a6EdK

Omg. If you tie for the final spot at Asian Tour Q-school, the tie could be broken by matching cards.

Imagine losing out on a spot in final stage because of regression.

(Lost a high school tournament like this, still not over it) pic.twitter.com/JMqpcLBtc8

This is certainly one strategy to enforce course maintenance. This was not the only quirk that Monday Q Info shared with us from this competition.

After 54 holes of this 72-hole event, the field will be cut to the leading 60 players and ties. 13 players progress to the final stage once the remaining 18 holes are complete.

If players are tied for the final qualifying place, a card playoff will follow. The best aggregate score over the last 36 holes and then 18 holes, nine holes, six holes and three holes will be each considered if necessary.

In the extremely unlikely instance that there is still a tie, hole-by-hole scores in reverse order from hole 18 in the final round will be taken into account. Have you taken all that onboard?

The Asian Tour and the Official World Golf Ranking board came under fire this week after player Travis Smyth questioned why contestants need to finish in the top five in order to earn 1 OWGR point.