Bio Kim, the player who was banned for a year, won the GS Caltex Maekyung Open on Sunday. 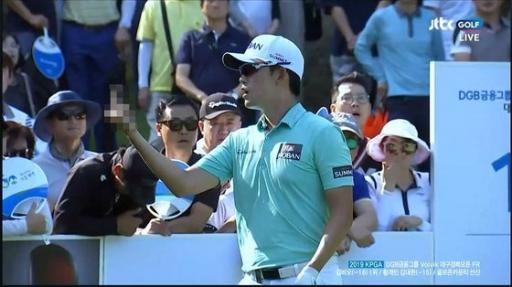 Bio Kim, the Tour pro who was banned for 12 months by the Korean Professional Golf Association in 2019, picked up his first Asian Tour win at the GS Caltex Maekyung Open on the Asian Tour on Sunday.

Kim, 31, led by four shots heading into the final round but went on to win by two shots on 9-under par after a closing 72.

The victory comes 10 years after he won the same event on the same course at Namseoul Country Club.

In total, Kim now has eight professional wins having won seven times on the Korean Tour.

He also played in 19 events on the Korn Ferry Tour, the circuit under the PGA Tour, back in 2018 where he made eight cuts.

Kim earned a cheque for US$255,536 and moved into second place on the Asian Tour Order of Merit with winnings of US$402, 986. American Sihwan Kim remains in top spot, despite missing the cut.

"Today was very tough, I lost my concentration a few times, but I am happy to make it through," said Kim.

"It took all of me to win today. Namsoeul Country Club is very difficult, and a lot of good players were chasing me. As I have been doing all week, and all year, I tried to stay in the present, clear my mind and not think about things too much, like my four-shot lead on the back nine."

Bio Kim has been knocking on the door for a first win on Tour.

He will celebrate his first Tour victory with his mother and wife on Mother's Day #MaekyungOpen #whereitsAT pic.twitter.com/IAlDpiMeO6

Kim was initially banned from the game for three years back in October 2019 when he made an obscene gesture to the crowd during the final round of the Korean Tour’s DGB Financial Group Volvik Daegu Gyeongbuk Open.

Though his suspension was later reduced to just one year.

The incident happened on the 16th tee box where Kim struck his ball off the tee and then immediately turned round to stick  his middle finger up at the gallery after someone had allegedly taken a photo during his swing.

Kim went on to win the tournament that week.

A THREE-year ban, for this! pic.twitter.com/O3HZPueY2s