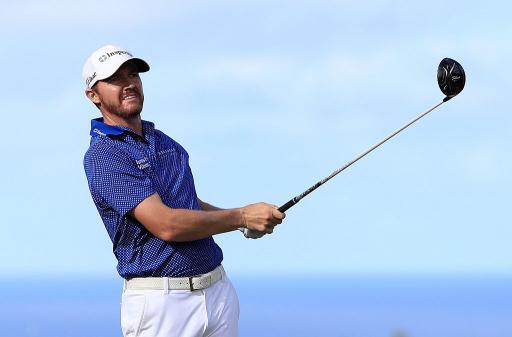 Jimmy Walker praised a trim to his driver shaft for an opening 8-under 65 as the reigning US PGA champion opened up a two-shot lead on day one of the Tournament of Champions in Hawaii.

In a day and age where it seems like every Tour pro is getting longer by the week, Walker, 37, figures he is losing anywhere between five to 20 yards of total distance now that he is using a driver shaft measuring just 42 inches instead of his previous 44.

That was clear for all to see during the first round at the Plantation Course as Walker - who ranked in the top 25 of the driving distance stats on the PGA Tour last season (301.3 yards) - averaged just 273.5 yards off the tee to sit 21st out of 32 players.

To put his new driver shaft into perspective, it's just an inch shorter than a typical driver a generation ago. The majority of Tour professionals typically use a driver shaft in the region of 44 and 45 inches.

The change of strategy for Walker, who works with world famous swing coach Butch Harmon, is all in aid of finding more fairways in 2017. And 11 out of 15 fairways on day one was a solid start.

“I just feel like I've got more control,” said Walker.

“I feel like the golf swing is better at that length for me, and that's where I've always struggled, the longer the club got. So that's the thinking. More fairways is what I'm looking for.”

The American typically starts a year well with four of his six career PGA Tour titles coming between the months of January and March, including a pair of back-to-back Sony Open wins in Hawaii (2014 and 2015).

Tournament favourites Hideki Matsuyama and Dustin Johnson opened with rounds of 69 to lie four shots back in a tie for seventh, while Jordan Spieth posted a disappointing 1-under 72 to sit tied 22nd.