Johnson lets rip down the par-5 16th at Firestone on day one. 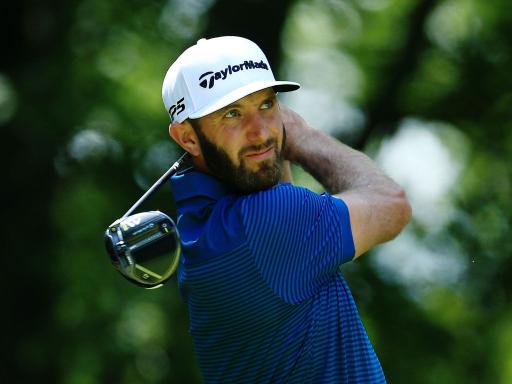 Dustin Johnson ripped the longest drive on the PGA Tour since 2013 when unleashing a 439-yard bomb down the par-5 16th during round one of the WGC-Bridgestone Invitational at Firestone Country Club in Akron.

Johnson got off to a solid start in his defence of the title by posting a round of 2-under to lie three strokes behind early pacesetter in fellow ripper Thomas Pieters.

But of all his 68 shots on the opening day, it was the drive he pummelled down the 16th that stood out from the crowd.

Yes it was downhill and it ran a mile, but it's still an incredible feat! The ball went so far, the cameraman couldn't even keep up with it.

Johnson's drive, which thankfully led to a birdie-four, marked the longest measured drive on the PGA Tour since Phil Mickelson launched a 450-yard bomb ​at the 2013 WGC-Cadillac Championship at Trump National Doral.

Spain's Jon Rahm and Australia's Adam Scott came closest to Johnson on the same hole, but only they could muscle it both 411 yards.

It will be interesting to see whether Johnson or others can hit it even further down the hole over the weekend.

Johnson already held the previous mark for the longest drive on the PGA Tour this season when sending one out there 428 yards down the 18th hole at the Tournament of Champions on the Plantation Course in Hawaii.

He also has two other drives that register among the 10 longest tee shots on this year: again at Kapalua (409) and at the Memorial (413).

At the top of the board, Pieters leads Scotland's Russell Knox by one stroke after a bogey-free 5-under 65, while tournament favourites Jordan Spieth and Rory McIlroy got off to solid starts at 3-under.

McIlroy, playing in his first round since sacking his long-term caddie JP Fitzgerald and using his best friend Harry Diamond (above), carded five birdies and two bogeys.