Golf swing coach Claude Harmon could be out of a job soon if he's not careful... 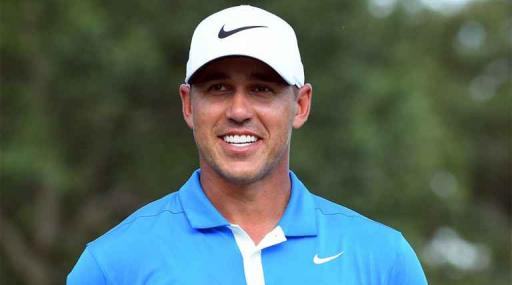 Brooks Koepka's golf swing was analysed by avid six-year-old golfer Daniel during the Abu Dhabi HSBC Championship, and it was quite frankly the best golf video of the weekend.

It even led the World No.1 to contemplate whether he really needs the services of world famous swing coach Claude Harmon any longer. "Claude better watch out," joked Koepka in the comment section of the European Tour's Instagram post - watch the video below...

Daniel was given the chance to spend time with Koepka in Abu Dhabi as part of the Future Falcons initiative.

"He does dip a little bit, he could go lessons with Mark and then he can practice driving to be pushing his head so he doesn't dip 1 centimetre because he did. Because I keep it all in one place.

"Everytime when he's driving he doesn't know the wind is blowing, but the hole is straight right in front of him, and he hits his drive, he hits so angled and it goes right of the green."

Koepka got off a fast start on Thursday with an opening 6-under 66, but he stumbled thereafter with rounds of 75, 70 and 69 en route to finishing tied 34th on 8-under par.

Lee Westwood went on to win the tournament and seal his 25th European Tour title. The victory also gives Westwood a place in the record books as he has now won a golf tournament in four different decades.

The Englishman moves to the top of the Race to Dubai rankings, and also gives himself a huge chance of making this year's European Ryder Cup team to face the United States at Whistling Straits this September.