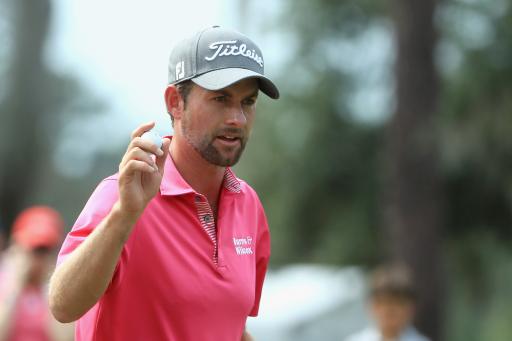 Webb Simpson could afford the luxury of making a double bogey at the 72nd hole to win The Players Championship by four strokes.

Simpson, who took a commanding seven-shot lead into the final round, closed with a 1-over 73 to finish 18-under and four clear of Charl Schwartzel, Jimmy Walker and Xander Schauffele.

The 2012 US Open champion collects his fifth PGA Tour title and first since October 2013.

Simpson, who tied the course record 63 on Friday despite making double at 17, performed admirably from tee to green for the majority of the week, ranking second in driving accuracy (82%). tied sixth in greens in regulation (76%) and first in strokes-gained putting (9.368).

Tiger Woods made the biggest early move of the day when playing the first 12 holes in 6-under, but he stumbled home with a bogey at 14 and then found water at the island green 17th en route to a double bogey and a tie for 11th on 11-under.

Justin Thomas became the new world number one for the first time in his career, with his tie for 11th enough to surpass Dustin Johnson, who finished tied 17th.