Body alignment in the bunker is crucial to get the ball close to the pin. PGA professional Simon Garner gives us a top drill 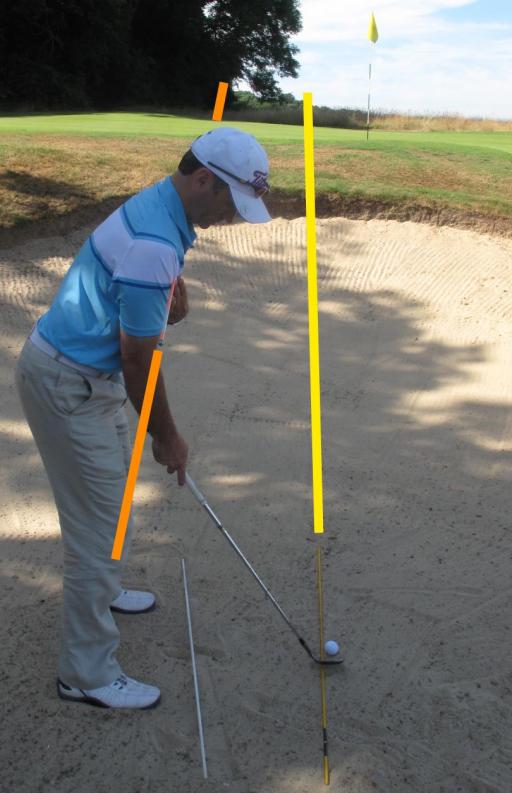 The bunker alignment drill is our second bunker article in the Bunker Play Practice Drills series.

When playing from a greenside bunker it is vital to have your body aligned with the target even more so than other shots as you have an open stance.

If you're in the middle of the bunker, set up with a slightly open stance as you can see in the photograph on the left represented by the white alignment stick.

The clubface will be slightly open if the green is raised and make sure the landing spot you're aiming for is allowing for roll towards the pin, line this up with an alignment stick as seen by the yellow one in the photograph.

Then address the ball with your bottom hand while putting another alignment stick (orange in this case) across your chest to line up your shoulders up with the directional stick showing the line of the ball.

Practise the shot a few times with one hand while still holding the stick. Once comfortable try the shot without any aids and see what the result is.

This drill will get you used to having an open stance but still making sure your body is directing the ball towards the target.

Check out where Simon coaches at the Palmerston Golf Academy at Brocket Hall.