We take a look at the King of the Swing 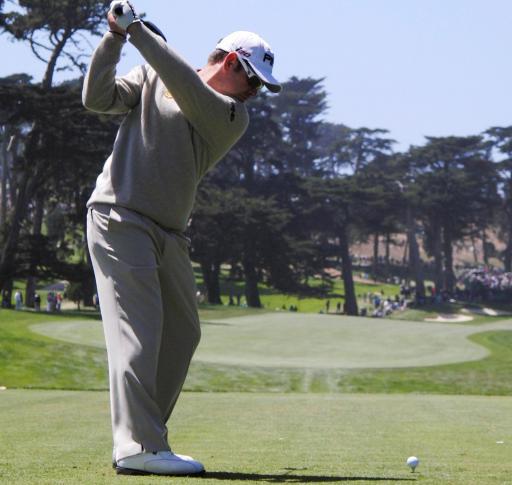 HOW swing coach Pete Cowan must love it when Louis Oosthuizen fills the Monday morning slot on his timetable.

Effortless power, timing and rhythm, the swing belonging to the PING staffer they call King Louis, really is a thing of beauty as you can see from these driver snaps. (Warning: You may want a tissue as you will be drooling by the 15th frame.)

The 31-year-old South African, who clinched his seventh European Tour title at the Volvo Golf Champions on Sunday, has now won his first event of the calendar year for a fourth consecutive time.

Oosthuizen was one shot behind compatriot Branden Grace with two holes to play but birdied them both to card a closing 68 and win by one shot on 12-under.

Louis sets up in a relaxed manner with a wide stance before taking the club back parallel to his target line.

You will also see how his chest, arms and club work in harmony during the downswing.

But don't go looking for pearls of wisdom from the former Open champion. “I have no idea why I swing the way I do,” he says. “I just try to get the timing right and all the basic things.”

We can, at least, take a closer look at said basic things...

The Masters
Louis Oosthuizen holes MONSTER PUTT in par-3 contest at The Masters
PGA Tour
Golf Betting Tips: Louis Oosthuizen to finally win at Valspar Championship?
PGA Tour
Rory McIlroy throwback: The time he was a test subject on a NERVY trick shot
Golf news
Can you do THIS on the green when a golf ball is already in motion?
PGA Tour
Golf Betting Tips: Our BEST BETS for the BMW Championship