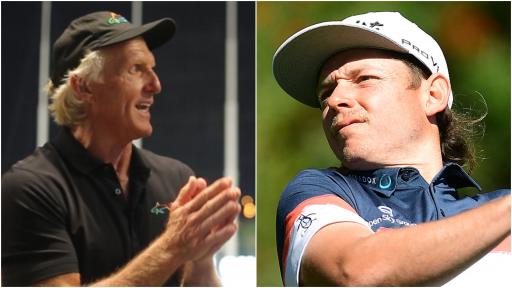 Fresh off landing his biggest victory to date, new Players champion Cam Smith has declared his allegiance to the PGA Tour in light of his compatriot Greg Norman formally introducing a new Saudi-backed golf league this week.

Smith, who landed a narrow one-shot victory at The Players Championship at TPC Sawgrass on Monday, has now vaulted to a career-best sixth in the Official World Golf Rankings.

The talented Australian might look up Norman as one of his childhood heroes in the game of golf, but he has no interest in joining his new circuit as he wants to play his golf where all the best players are competing - and that is without question the PGA Tour right now.

"I haven't really had time to think about it," said Smith when asked about the Saudi Golf League.

"I think that the PGA Tour is the pinnacle of golf, and that's where I want to be.

Norman's Saudi-backed golf league introduced its new schedule yesterday, with the first event set for Centurion Club in England this summer where a huge $25 million prize fund will be on the table a week before the US Open.

A total prize fund of $400 million has been allocated across eight tournaments, of which four of them will be held in the United States.

As for which star names in the world of golf exactly sign up to compete in this league remains another question.

Next Page: Saudi Golf League confirmed for this summer - learn more about it here