Matsuyama may be give the honour of lighting the Olympic Cauldron at Tokyo Games this summer. 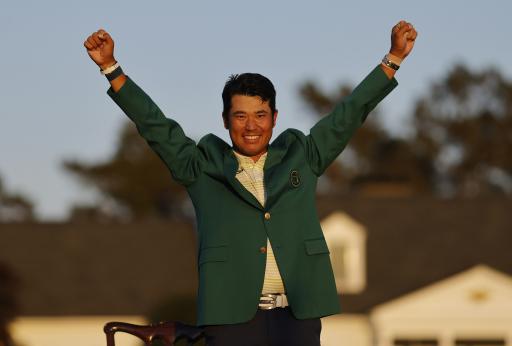 Hideki Matsuyama was presented with the Prime Minister's Award in Japan on Friday after he marked his name in the history books by becoming the first player of his nation to win The Masters.

Japan Prime Minister Yoshihide Suga labelled Matsuyama victory as a "ray of hope" for people in northeastern Japan, who suffered greatly after the earthquake and tsunami in 2011, with Matsuyama winning the iconic major on the 10th anniversary of the tragic disaster.

"We want to thank you for bringing courage and hope to the disaster-hit areas," Suga was quoted as saying by Kyodo news agency.

Matsuyama's achievement may also lead to the 29-year-old being given the honour of lighting the Olympic Cauldron at the opening ceremony of the Tokyo Games which start in July.

The Japanese hero had no comments on the rumour, but said he is fully focused on securing a medal for his country when he represents Japan in the Olympic golf tournament.

"I will work hard to win a gold medal in Tokyo this summer," Matsuyama said.

For some PGA Tour stars, playing at the Olympic Games and winning a medal is a priority, while others have opted not to participate and focus on their season, with World No.1 Dustin Johnson causing a widespread debate when he said he has no interest in playing in Tokyo.

Matsuyama's victory at The Masters will be remembered as a historic victory that was capped off with an incredible gesture of respect by his caddie Shota Hayafuji, who removed his cap and bowed to Augusta National after the final round.

NEXT PAGE: Hideki Matsuyama's caddie reveals why he bowed to Augusta after Masters win