Shota Hayafuji went viral after he removed his hat and bowed to Augusta National after Hideki Matsuyama won The Masters and now we know why. 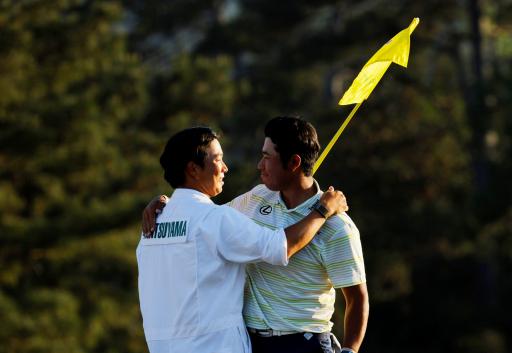 When Hideki Matsuyama's caddie, Shota Hayafuji, removed his hat and bowed to Augusta National, it took a matter of minutes before the video was trending around the world in what will go down as one of the most iconic Masters moments of all time.

We all know that Japan is a country that values respect above anything else, so it was no surprise to see Matsuyama's caddie take part in such an incredible gesture, but now Hayafuji has revealed exactly why he done it.

Golf fans around the world praised the caddie for his actions, with many saying it was one of their favourite Masters moments in recent years.

In an interview with Garrett Johnston for the Caddie Network, Hayafuji shed some light on why bowing to Augusta felt so "natural".

“My heart was full of gratitude and it was the natural thing for me to bow and show respect to the Masters,” Hayafuji said via email and through interpreter Bob Turner. “I was saying ‘Thank you very much!’”

Hayafuji went on to explain that Matsuyama and his team did little celebrating on the night of his maiden major victory, as they were preparing for their flight back to Japan the following day.

“We really didn’t celebrate as we were all busy packing and getting ready to go back to Japan,” Hayafuji said.

“Because of the COVID restrictions, there wasn’t anyone at the Tokyo airport when we arrived," he said, "but I was glad to see the coverage of our homecoming on TV and internet news.”