Who will win the Masters?

Who's got what it takes to pick up this year's green jacket...? 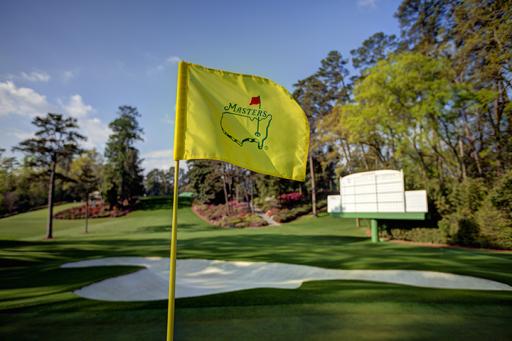 With April just around the corner, it's time to start thinking about the first Major of the year, the prestigious Masters Tournament at Augusta.

The Masters kicks off on Thursday 11th until Sunday 14th April and will be the 83rd edition of the event. Previous winners include the likes of Tiger Woods, Phil Mickelson, Nick Faldo, Tom Watson, Seve Ballesteros and many more names in golf royalty.

Last year's winner was Patrick Reed, where he conquered a competitive field to beat Rickie Fowler by one shot and claim his first green jacket, the one item of apparel that every professional golfer on the planet dreams of owning.

A number of the world's top players are still hunting for their first Masters victory, including Justin Rose, Rory McIlroy and Dustin Johnson. With a lot of this year's field having a great track record around Augusta, GolfMagic takes a look at some of the favourites for the 2019 Masters Tournament.

The world No.1 is one of the favourites to win what would be his first Masters victory and you can understand why. Last year was a huge year for Rose, winning the FedEx Cup and becoming the best player in the world for the first time in his career. Rose has a great track record round Augusta, coming runner up on two seperate occasions. After recently switching to HONMA, Rose has already proved he can win with the Japanese clubs after winning the Farmers Insurance Open and he looks a great bet to win his first green jacket this year.

Spieth may not be on the best form of his life right now, but you can't rule out the American as being one of the hot favourites this year. He's already won the tournament back in 2015 and he came close the following year when he finished T2 with Lee Westwood, losing out to surprise winner Danny Willett. Augusta is a course that Spieth absolutely loves and if he finds some form before April, then the rest of the field should be very worried when this man steps onto the tee.

Wouldn't this be a story. Tiger winning the Masters would solidify his position as the true GOAT of golf in what would be one of the greatest comebacks in sporting history. After all his back injuries, everyone thought Tiger was done, but he has clawed his way back to 13th in the Official Golf World Ranking and many believe (including President Trump) that he's got another Major in him. Tiger owns four green jackets already and has had opportunities to win more, so you can't write off this man for this year's Masters.

This man is more focused than anyone on claiming his first green jacket. The Masters is the only Major that Rory is yet to win and what an accomplishment it would be for the Northern Irishman to complete a career Grand Slam. McIlroy had a four-shot lead going into the final round of the 2011 Masters, but he dropped six shots in three holes in the biggest collapse of his golf career. He has a habit of putting in a poor performance on the final day of this tournament, but Rory, now 29, has matured on the golf course and has a lot more experience going into this year's Masters. If he can hold his nerve and play the way we all know he can, he'll be hard to beat.

There are a lot of other names who are in the mix this year, such as Dustin Johnson, Jon Rahm, Justin Thomas and even Phil Mickelson who is in great form at the moment and has won the Masters three times already. The 2019 Masters Tournament looks like it could be one of the most exciting we've seen for a long time, so stay tuned on GolfMagic as our betting tips video will be a big one prior to this event.