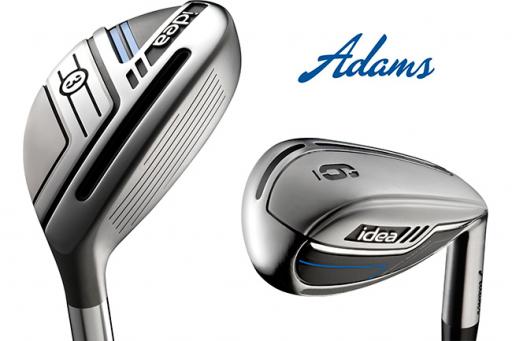 Extensive research revealed that golfers with 15-plus handicaps make the majority of contact nearly ½” toward the toe, not on the club’s sweetspot.

These new super game-improvement irons are specifically designed to enhance the face speed in the area where those players need it most.

“With a concentration on developing technology that golfers really need, we created these industry-first wraparound slots on the toe to compensate for a very common mis-hit,” said Justin Honea, Senior Director of Research and Development.

Collin Morikawa: What's in his new TaylorMade golf bag for 2022
5 reasons to go ROGUE with your Callaway driver this season

“New Idea irons are definitely our easiest to hit, with measurable improvements in ball speeds and forgiveness where players require it most.”

The New Idea complete sets for women and seniors ship in December. Both sets will have an RRP £849.

Click through the images below for more information and a closer look at the new Idea Hybrid Irons...