In the Bag: Julien Quesne

We delve into the Italian Open champion's bag 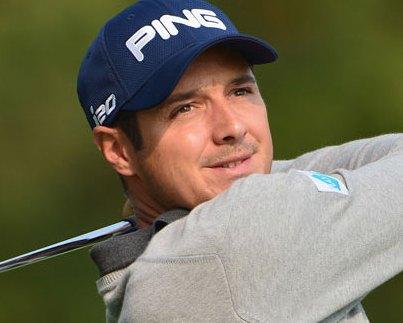 The 33-year-old Frenchman began the day four shots off the lead and looked out of contention when he ran up a double-bogey six on the second, but birdied the fourth and sixth and then stormed home in 31.

Quesne picked up shots at the 10th, 11th and 15th before chipping in from short of the 17th green and holing from six-feet for another birdie on the last to complete a closing 67.

Quesne, whose previous win came in Andalucia last year, said: "I am very proud of this back nine. My attitude was very good this week and I think this is the key. To enjoy a second win on The European Tour is like a dream for me.

"After my double bogey I just kept calm. I was thinking the winner would be 15 under and I was only five under. I thought 'just keep working and we will see what happens'.

“Then, when I got to the 16th green I looked up at the leaderboard and realised that I was just two shots off the lead and I knew that I still had a chance. I made a great putt there from five metres to save par and to make two birdies to finish was very special.

"When I made the birdie on 17 I thought that if I could get to 12 under then I would have the chance at least to get into a play-off. You never know in golf, so I am proud that I kept the attitude the way I did because I always knew that I was never out of the tournament.

“It was also really special to have my family with me – they make me stronger when they are with me and it is an amazing feeling to be able to celebrate here with them.

“I have had a great season this year – it has been a very consistent season with six top tens before this week and now it has become an amazing season. I can now play so many of the biggest events at the end of the year and try to finish as high as I can on The Race to Dubai.”